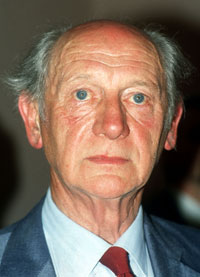 The shadow of the Heavy Gang and Roger Casement’s ghost

The State papers released under the 30-year rule expose once again the duplicitous role of Fianna Fáil and Fine Gael-Labour governments regarding the British government in Ireland and policy towards partition and the conflict in the Six Counties. Their own claimed republican heritage became an embarrassment to them while they turned a blind eye to Garda Heavy Gang brutality carried out in their name.
Probably the most damning revelation from the State papers of 1977 is the memo to newly elected Taoiseach Jack Lynch from a senior official in the Department of the Taoiseach detailing the then unpublished report of Amnesty International on ill-treatment of detainees by members of the Garda Síochána. The official told Lynch that it would be “of considerable embarrassment” to the Government if the Amnesty report were published without an inquiry into the complaints being announced. Despite this, no inquiry was initiated by Lynch.
In its report and in a letter to Lynch, Amnesty International highlighted 28 cases of Garda brutality it had investigated. Complaints made to Amnesty were described as consistent and detailed, with lawyers stating that even within the gardaí there was concern about what was happening. “Systematic maltreatment” of arrested persons was going on, with some detectives specialising in “the use of oppressive methods of extracting statements”.
This was not the first time the brutality of the Garda Heavy Gang had been highlighted. Its victims were of course republicans and they had sought to expose the scandal but had mostly been ignored by the heavily State-censored and self-censored media. Nonetheless the attempt to frame members of the IRSP for the Sallins mail train robbery in 1976 had seen Garda brutality challenged in court and in early 1977 The Irish Times ran a series on the many complaints about the Heavy Gang.
That the government of Lynch’s predecessor Liam Cosgrave was fully aware of what was going on is undoubted. Cosgrave’s Minister for Post and Telegraphs, the fanatically anti-republican Conor Cruise O’Brien, has admitted that he knew of assaults on detainees and supported the practice.
The papers now released confirm that the Fianna Fáil government was also fully versed but chose to do nothing. In fact successive Minister for Justice and Garda Commissioners denied the existence of the Heavy Gang. Not only were no members of the force ever disciplined, let alone prosecuted, but Heavy Gang personnel were promoted to senior positions in the gardaí. The ‘untouchability’ and dominance of the Special Branch lay at the root of much of the corruption and scandal that has undermined the proper role of the gardaí.
This was a time of severe repression and Portlaoise Prison, where scores of IRA prisoners here held, became a battleground. An especially harsh regime was imposed there between 1975 and 1977, as detailed in J.J. Barrett’s biography of Martin Ferris TD Man of Kerry, Brandon, 2005. The conflict culminated in a hunger strike in 1977. State papers reveal that the Cosgrave government was angered that a Vatican official had raised with the Irish ambassador to the Holy See the “extremely severe measures” to which prisoners were being subjected. They were also annoyed that the Catholic Bishop of Derry, Edward Daly, had called for a UN inquiry into prison conditions.
The republican contention that the Cosgrave government acted illegally in hijacking the body of Frank Stagg in 1976 is supported by newly released State papers. Stagg died on hunger strike in Wakefield Prison, England and in his will he made clear that his funeral was to be arranged by the Republican Movement. Against the wishes of Stagg, most of his family and the Republican Movement, the Cosgrave government seized the plane carrying his body and had gardaí carry out a rushed burial in Ballina. Papers reveal that the Cosgrave government knew of Stagg’s will and were advised to follow it but refused to do so.
Even long-dead patriots were not secure from the determination of Irish governments to prevent public displays of support for republicanism. In 1974 Finance Minister Richie Ryan proposed placing a statue of Roger Casement on his grave in Glasnevin without any ceremony or formal unveiling. A released 1977 memo from an official said this “would seem particularly shabby” and that “we have reached the stage of almost apologising for the deeds of our patriot dead”.
The story of the Casement statue is especially revealing. After the repatriation of Casement’s body in 1965 the sculptor Oisín Kelly was commissioned to make a bronze memorial. But when it was completed in 1971 the Lynch government refused to erect it. The statue was finally unveiled in 1984, not on Casement’s grave in Glasnevin but at Banna Strand. Labour Tánaiste Dick Spring presided over the honours to a patriot who had been executed after trying to bring guns to Ireland for the freedom struggle. At sea that weekend State forces seized the trawler Marita Ann and arrested Martin Ferris and his comrades for trying to do exactly the same thing.