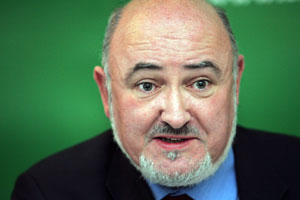 Responding to a news article in Wednesday’s Irish Times regarding the Church of Ireland Gazette’s criticism of a Bill of Right’s for the North Sinn Féin TD and Dáil Peace Process spokesperson Caoimhghín Ó Caoláin noted that the provision for a comprehensive and inclusive Bill of Rights was incorporated in the Good Friday Agreement and agreed to by voters throughout the 32 counties in 1998.
“The objective of providing for a comprehensive and inclusive Bill of Rights for the North in the Good Friday Agreement and St Andrews Agreement was, and continues to be, to ensure the maximum protection and harmonisation of rights throughout the island”, Ó Caoláin said.
“Sinn Féin also argues for the introduction of an All Ireland Charter of Rights to provide protections throughout the island. Given the effect of 30 years of conflict, a strong Bill of Rights is required to provide citizens with the means to ensure their rights.
“Sinn Féin has called for a comprehensive Bill of Rights for the North as a first step towards the harmonisation of rights standards throughout the island. Such a Bill must be people-centred and rooted in impartial implementation and enforcement mechanisms”, said the Cavan/Monaghan TD.
“Commentary from the Church of Ireland Gazette regarding the Bill of Rights for the north ignores the necessary human rights and equality perspective needed to ensure those who are hostile to such principles cannot thwart the objectives of the Bill.
“There is no hidden nationalist or republican agenda in seeking a Bill of Rights. There is certainly no agenda as has been wrongly claimed to deny unionists and loyalists their rights. Equality is the cornerstone of Sinn Féin’s political work, equality for all the peoples on this island.
“We want to develop a Bill of Rights that protects the poorest and most vulnerable in our society. Such a bill needs to be wide ranging and impact positively on, not just socio- economic issues, but also issues such as parades for example.
“Sinn Féin is working with all stakeholders to put the legacy of a conflict behind us so that collectively we can bring about a society based on respect for human rights and equality for all”, he said.