Poots must do more for Irish language broadcasting - Adams 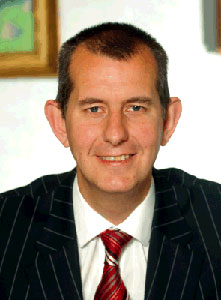 SINN FÉIN President Gerry Adams has said that Six-County Culture Minister Edwin Poots must do more to safeguard the future status of Irish-language broadcasting in the North once the current allocation of funding ends.
Adams’s comments follow a response from Poots to a question the Sinn Féin president asked in respect of future funding for Irish-language broadcasting.
In his response to Adams, Poots said he is unable to secure further funding for the Fund in the draft budget agreed by the North’s Executive and that he is currently considering options. Adams said:
“Edwin Poots’s unhelpful approach to the introduction of an Irish Language Act also now appears to be dictating his approach to the Irish Language Broadcast Fund,” Adams said.
The Irish Language Broadcast Fund was established by the British Government in 2004 arising out of a commitment in the Good Friday Agreement to seek more effective ways to encourage and provide financial support for Irish-language film and television production in the North.
The fund was given £12 million for a four-year period and its aim was to deliver at least 75 additional hours of Irish-language broadcasting per annum to a weekly audience of 25,000 people across the Six Counties and throughout the island of Ireland. Gerry Adams continued:
“The Irish Language Broadcast Fund has been enormously successful and has fostered close links with broadcasters throughout Ireland. It has delivered effectively in providing quality Irish-language programming.
“Ní bheidh scíste ag Sinn Féin go dtí go mbunófar todhchaí slán don theanga.
“Mr Poots’s claim that he was unable to secure further funding in the draft budget stands in stark contrast to his department’s £10 million under-spend in the last financial year.
“Quite clearly, the minister has the resources available now to meet the needs of the Irish Language Broadcast Fund.
“However, notwithstanding this fact, it is Sinn Féin’s intention to vigorously pursue this issue in the time ahead.
“Minister Poots has a moral and political responsibility to the many thousands of Irish-language speakers to provide for their linguistic needs.”
An Phoblacht
44 Parnell Sq.
Dublin 1
Ireland