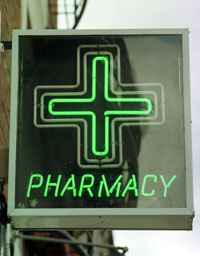 HEALTH Minister Mary Harney should urgently intervene in the stand-off between the Health Service Executive and chemists in the Irish Pharmaceutical Union, Sinn Féin Dáil Health & Children spokesperson Caoimhghín Ó Caoláin said this week.
Accusing the Fianna Fáil/PD/Green Party Government of mishandling an issue they have known for years would have to be tackled, Ó Caoláin said:
“I have repeatedly raised this issue in the Dáil and urged the Minister to show the sense of urgency required. She has failed to so.”
The Government has claimed that, because of a legal ruling, the HSE cannot negotiate directly with the Irish Pharmaceutical Union.
“It is ludicrous that talks between the HSE and the IPU are having to be conducted through an intermediary and through solicitors representing both parties,” the Sinn Féin TD said. “The Minister needs to intervene directly and find a formula to get all aides around the table for direct talks.
The Cavan/Monaghan deputy said the dispute has raised the prospect of people with medical cards being denied their medication at their community pharmacy if the pharmacists withdraw from the scheme. For many pharmacists the proposed changes to the pricing structure raises the prospect of a sharp drop in income, especially for those heavily dependent on the medical card scheme.
He accused the HSE of ignoring a report it had commissioned itself on pricing. The report recommends that any changes to the wholesaler margin for medicines and their impact should be evaluated in conjunction with key stakeholders in advance. “The HSE has ignored this recommendation,” Ó Caoláin said.
“The Health Minister and the HSE need to get their acts together and take control of the situation with the twin aims of ensuring fairness for all involved in the General Medical Services Scheme and working to reduce the cost of medicines for the health services and consumers alike.”
An Phoblacht
44 Parnell Sq.
Dublin 1
Ireland