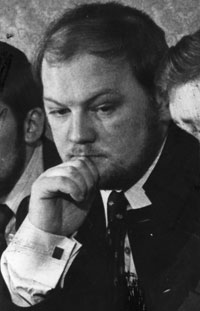 Anyone who tuned into Tuesday night’s Spotlight programme on BBC to learn more about the life and times of Ardoyne republican Martin Meehan was sorely disappointed.
Instead the programme offered little more than a rerun of archive footage from previous BBC offerings on Meehan with little new insight into what made him tick.
Spotlight also followed the much travelled path of looking at the IRA’s armed struggle in isolation from the events which created, moulded and sustained it and an outsider could be forgiven for thinking that the IRA was the only party to the armed conflict.
In one clip from September 1971 a British officer told how four members of the Green Howard regiment had been killed by the IRA in Ardoyne over a period of months while Martin Meehan was O/C.
The programme makers neglected to mention that the same regiment had killed a 16-year-old boy Leo McGuigan, a 50-year-old mother of nine Sarah Worthington and IRA Volunteer Paddy McAdorey in one day only three weeks previously.
Kevin Magee’s piece however, was far from the worst portrayal of an Irish republican on a British TV channel.
It did trace much of Meehan’s early career in the IRA and later his whole-hearted support for the peace process and his efforts to advance the republican position, particularly in south Antrim.
The interviews did capture some of the energy, enthusiasm and humour which typified Meehan’s approach to any and every task
One glaring omission was the frame-up of Meehan by RUC detectives in 1979, which led to him being convicted in 1980 for a kidnapping he had no hand in.
Meehan had gone on a 66-day hunger strike protesting his innocence at the time, to no avail, and he ended up spending seven years in prison.
All in all Spotlight seemed to struggle with its portrayal of Martin Meehan as a potent symbol of the IRA’s armed struggle, particularly in his native North Belfast.
The programme finished on a note that a gunman usually casts a long shadow.
This shallow comment does a great disservice to Martin Meehan who was a committed and dedicated republican as fearless in the political struggle as he was when he took on the British army in his native streets and beyond.
He was much more than a gunman, he was a leader in his community, a man of enormous personal integrity who was not afraid to take chances in pursuit of his goal of an independent Irish republic in the mould of Connolly.
It will be some time yet before a more substantive piece is done on the life and times of Martin Meehan but Spotlight’s offering won’t last long in the memory.
An Phoblacht
44 Parnell Sq.
Dublin 1
Ireland