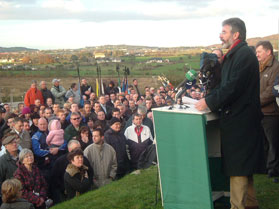 Advancing republicanism in a new phase of struggle