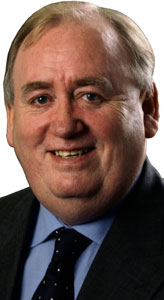 Sinn Féin Housing Spokesperson, West Belfast MLA Fra McCann has said that the North’s Housing Minister must start to bring forward initiatives to tackle the housing crisis after she revealed that 36,000 people are now on the waiting list for social housing.
“The massive increase in the number of people on the waiting lists for social housing requires the Housing Minister Margaret Ritchie to do more than try and shift the blame onto the Executive. To have 36,000 people in need of housing is a crisis. Margaret Ritchie cannot ignore this any longer”, McCann said:
“Sinn Féin have suggested a number of initiatives to start tackling the problem. We have highlighted the huge numbers of empty homes that could be brought back into use; we have identified the extent of social housing being used as ‘dole drops’; we have highlighted the failure of the department to enforce section 40 of the Housing Act; and we have suggested to the Minister how she can use resources currently available within the department to secure commitments from private developers.
“Yet all we hear from the Housing Minister is excuses. While I agree that we need more money the fact is that there are immediate initiatives that the Minister could and should be bringing forward.
“Margaret Ritchie needs to start showing some leadership and some initiative in dealing with the housing crisis. There is no point standing idly by and blaming others. If she is not sure what to do Sinn Féin will happily work with her to ensure that the steps she can and should be taking are progressed”, he said.
An Phoblacht
44 Parnell Sq.
Dublin 1
Ireland