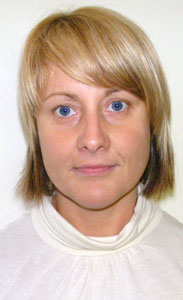 According to the first major report of the EU’s recently established Fundamental Rights Agency racist violence is on the rise in Ireland along with Denmark, Germany, France, Poland, Slovakia, England and Finland.
Looking to Ireland we can easily see that daily racism is directed at many communities. A constant for so many years now is the Travelling community. Recently an extended Roma family were left living on the M50 roundabout for a number of months in what can only be described as shanty dwellings.
Since 11 September one can argue communities identified as Middle Eastern, Muslim, Islamic are viewed with suspicion and generally to be kept away from. Polish and Latvian workers are thought to be stealing our jobs whilst Nigerians, well they’re just trouble.
Peoples living throughout Ireland who are not ‘Irish’ or perhaps more accurately white still experience violence, distrust and inequality. Yet we market ourselves these days as a multi-cultural island embracing all of our cultural identities equally. Hmmmm.
It is worth noting that Europe has always had a paradoxical view on racism. From the 1850s onwards there was popular support within Europe for democratisation yet the European elite were building colonial empires.
During the same period in the US (predominantly populated with Europeans) the movement to abolish slavery was gathering steam yet so was the project to dominate its own continent and annihilate the American Indian population.
Liberals in Europe and the US at this time had a clever way of balancing these conflicting visions for society with linguistics. Those they colonised and oppressed were ‘natives’, thus not equal to European and US citizens.
By dehumanising the Indian people of America, indigenous of Latin and South America, the entire continent of Africa and the Irish, liberals could justify their oppression and violence.
Natives were simply not equal to the rest of western civilisation. They were lazy, ignorant, would slit your throat as soon as look at you. They were thieves, did not wear shoes, their children always had snotty noses and matted hair. They didn’t speak English or French or Dutch and worst of all – they were often difficult to control.
So it is in this context I ask the following. Is the decision by the Gardaí, with the support of the government, to not let a Sikh man wear his turban whilst on duty in the Garda reserve a decision based on racism or ignorance?
I argued with a good friend recently that Jade Goody’s bullying of Shilpa Shetty on Celebrity Big Brother last year was not a racist act but one of ignorance. This friend of mine disagreed and with much passion posed the question: Where is the defining line? It came to me about three days later.
It was an ignorant act because I believe Jade Goody did not believe she is racially superior to Shilpa Shetty. Racism as defined in The Oxford Concise Dictionary of Politics is a tendency to identify oneself racially and to show hostility or lack of moral respect for members of another race.
As a by-the-by, and I say this just to clarify my position with my lovely friend who thinks I’m soft on racists, I also think Goody and Co bullied Shetty because she is a beautiful, well spoken, privileged woman who was not discreet when looking down her nose at the three working class gals.
My proposition is that the decision of the Gardaí is one arrived at predominantly from ignorance, but that the government position also reflects the dominant economic class’s vision for Irish society, particularly within the context of our position within the European Union and the wider neo-liberal project.
Garda Commissioner Noel Conroy boasts that “developing policies that promote intercultural awareness, interaction, equality of opportunity, understanding and respect is very important.” Why then will he not allow a Sikh wear his turban to work?
Conroy believes that by allowing this young Sikh wear his turban on duty this will give an image of an Garda Síochána that the public do not want. Conroy believes this based on what? It’s no secret that what the public wants is a police service that serves all communities equally.
How better for the Gardaí to illustrate this commitment to equality than by facilitating for its Sikh workers a central part of their faith, the wearing of the turban. Conroy evidences ignorance of both what the public want and indeed the Sikh faith itself.
Newly appointed Minister for Integration Conor Lenihan has told the Sikh community and indeed all other ‘foreign’ citizens in the 26 counties that if you come to our country you do things our way. If we don’t wear turbans in work, then you don’t either.
Is this simply deep ignorance on the part of Minister Lenihan or does it reflect the government’s ideals for Irish society? Build a society of being busy worker bees stripping away commitments to community, culture and hopefully politics.
Tie this in with the selling off of public services and reduction of personal taxation and you’ve got yourself the Fianna Fáil/Fine Gael dream society that ultimately benefits the dominant economic class, who by the way will have lots of friends who wear turbans and will have loads of time for cultural pursuits.
As republicans it is important to remember integration is to mix with an existing community, not be subsumed by it. An equal society, I believe, can only be cultivated on the acceptance and understanding of each other’s cultures and faiths. For me that’s a very basic presumption of equality as an ideal.
Equality is a fundamental tenet of my republicanism. A profound sense of injustice is my motivation. For me this debate is yet another example of why Sinn Féin activists, representatives and leadership need to really box above our weight and be smarter in the methods we choose to communicate our politics.
‘Delivering an Ireland of Equals’ is not just a slogan, it’s the very reason why we take up the fight.