Call for retention of Longford cottage used by IRA 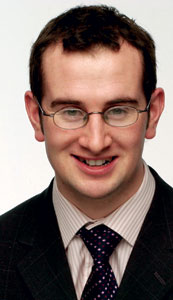 Mayor of Athlone, and Sinn Féin representative for Longford/Westmeath Councillor Paul Hogan has called for the retention of a cottage in Ballinalee, County Longford, which was used as a headquarters by an IRA Flying Column, under the command of Sean Mac Eoin, during  the Battle of Ballinalee in 1920.
In November 1920, Mac Eoin led the local IRA column in attacking Crown forces in Granard, forcing them to retreat to their barracks. The next day, the IRA held the village of Ballinalee against superior British forces, forcing them to retreat and abandon their ammunition.
Midland Housing Development recently applied to Longford county Council for permission to demolish the cottage and provide ten single-story houses in its place.
However, Longford Historical Society has opposed the plan and called on the council to put a preservation order on the house.
Councillor Hogan, who stood for Sinn Féin in the constituency of Longford/Westmeath in this year’s general election, said that the cottage was of historical merit and should be recorded as a protected structure.
Ironically, Cllr. Hogan defeated Fine Gael Councillor Mark Cooney, grandnephew of Sean Mac Eoin and son of former Justice Minister Paddy Cooney, to become Mayor of Athlone.
Mayor Hogan said that regardless of any one person’s political persuasion or opinions of historical characters involved, people should concentrate on the decision to retain the cottage or demolish it to construct dwellings.
“I believe that the cottage has historical merit considering the fact that it was the base for a Flying Column that took up the fight to end British rule in Ireland”, he said.
An Phoblacht
44 Parnell Sq.
Dublin 1
Ireland