Follow up meeting with PSNI on Apprentice Boys Derry Parade 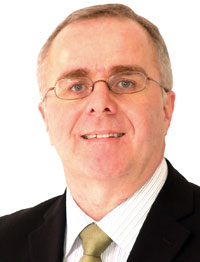 A Sinn Féin delegation in Derry held a follow up meeting on Tuesday with the PSNI to discuss the Apprentice Boys Parade which took place recently in the City.
The delegation included Raymond McCartney MLA and Waterside Councillor Lynn Fleming.
McCartney said:
“The focus of today’s meeting was to discuss several key concerns around accessibility and movement of citizens in the city on the day of the Apprentice Boys Parade. We also raised issues about the behaviour of several bands and supporters, on street drinking, and incidents which took place around the Memorial Hall on the night prior to the parade
“These engagements are part of a process to ensure that the rights of everyone is this city are protected.
“Sinn Féin’s focus in all of our engagements with the PSNI – indeed with all of the policing structures – will be to ensure that it carries out its duties and responsibilities in a fair and impartial way, as a civic police service, which is democratically accountable to the public.”
An Phoblacht
44 Parnell Sq.
Dublin 1
Ireland