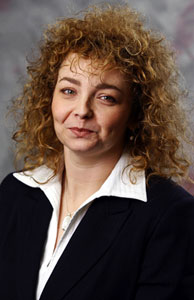 You know when a famous quote springs into your head? Well, that famous quote by Mairéad Farrell was playing on my mind as I spoke to Carál Ní Chuilín MLA in Stormont today.
“I am oppressed as a woman yet I am also oppressed as an Irish person. Everybody in this country is oppressed, and yet we can only end our oppression as women if we end the oppression of our nation as a whole. But I don't think that alone is enough. This isn’t the first time women have been seen as secondary. But women today have been through so much that they won’t just let things be. I hope I am still alive when the British are driven out. Then the struggle begins anew.”
I believe Carál personifies this quote.
Carál – ex-prisoner, former Director of Tar Anall, Sinn Féin Assembly Whip, member of the Sinn Féin POW dept, Belfast City Councillor, Assembly Health Committee member, student of Irish and dedicated North Belfast party activist took time out to speak to An Phoblacht and give us an insight into the site of struggle which is the Assembly.
“Before entering the Assembly I was the co-ordinator of Tar Anall, an ex-prisoner support centre. Through Tar Anall, our work was aimed at helping ex-prisoners and their families.  We were instrumental to the foundation of Coiste na nIarchimí also.  Primarily our structure was vocal in the demand to implement the details of the Good Friday Agreement also.
“In 2003 I was co-opted to Belfast City council replacing Gerard Brophy.  To say the ‘dome of delight’ was an unfriendly institute for women would be an understatement. So for a republican ex prisoner woman you can imagine the response!” she laughed.
The mother of three and grandmother of one highlighted that her core priorities as a councillor and as a newly elected MLA are suicide awareness, social and affordable housing and anti-poverty.
“My comrade Conor Maskey has now become a newly elected councillor and I wish him every success”. As an MLA I hope to continue my work to represent the community in North Belfast.
“Day-to-day the Assembly has been very productive as a site of struggle and my roles as Health Committee Member, Party Whip, member of the Executive and Assembly Review Committee and Assembly Business Committee keep me busy.  I have consulted with Trade Unions, nursing staff, local community groups etc to accurately reflect the needs of the community as a whole.
“Regarding my brief in the Assembly Health Committee I look forward to working with Sinn Féin Dáil leader and Spokesperson on Health & Children Caoimhghín Ó Caoláin to build a proper all Ireland health service following years of suffering from British Direct Rule and unionist misrule and attempts at continued privatisation by the Leinster House government.”
Carál said that she is enjoying the Assembly but does not doubt the challenges ahead.
“It is just over four months since the political institutions were re-established. It may not always appear so, but the pace of things has been hectic.  The political process has moved forward in giant leaps. Sinn Féin and the DUP now jointly and co-equally oversee a powersharing executive. We have also had the re-establishment of the All Ireland Ministerial Council and now we are into the nuts and bolts of what is required to deliver change, in a meaningful way, in a way that will impact positively on everyone’s lives.
“Our approach to all of this is premised on an equality agenda.  We are confident that we can deliver real progress.”