Department kept Community in the dark over Barracks site decision 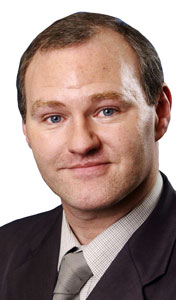 Sinn Féin MLA Paul Maskey has said that there is now compelling evidence that the Department of Social Development in the Six Counties failed its own test for consultation before a decision was made by Minister Margaret Ritchie to hand the site of the old Andersonstown RUC barracks over to a private developer.
Maskey was speaking as Sinn Féin released the key findings from a door-to-door canvass of local residents carried out in the vicinity of the site.
• There were a total of 237 responses to the canvass.
• Of those who were canvassed, 235 residents said that they have not received any information from the Carvill Group or the Department of Social Development about the site of the old Andersonstown RUC Barracks.
• Information which was received by local residents came from literature circulated by local elected representatives, the residents’ group or the local newspaper.
• Of those residents who expressed an opinion on the Carvill group proposals, 220 of those canvassed stated that they are against the proposals. 16 other respondents were recorded as having no opinion on the proposals and one person said he was in favour of them.
• The overwhelming majority of residents canvassed said that they would like to see the site developed in some form. The ideas and opinions on what could or should be done with the site greatly varied. The vast majority of those who expressed an opinion said that they wanted to see the land handed over for community use.
• The ideas of residents included: maintaining the open space; creating a play space; facility for young people; a welcome centre; tourist attraction; a landmark or heritage development; a garden area; public artwork; monument or memorial; dedication to Emma Groves; social or elderly housing provision; tourist accommodation; an art hotel; a library or educational resource; or a crematorium.
• There was strong interest in the proposal by Sinn Féin of a consultative forum, and many residents expressed a desire to participate in it or to receive more information about it.

Maskey concluded: “These canvass results make a number of key points abundantly clear. Firstly, the consultation undertaken by the Department of Social Development did not properly or effectively engage with the local community; the requirement on DSD to provide evidence of community support for the proposals before selecting a preferred developer was not met; the Carvill group’s proposals do not command community support. The overwhelming majority of people living in the immediate vicinity of the site are implacably opposed to the Carvill group’s proposals; many local residents welcome the establishment of a new consultative forum.
“The West Belfast Partnership Board met this week and has agreed that it will establish the consultative forum, in order to harness the wealth of ideas which reside in the local community about how the site could be developed for public use.
“The Minister for Social Development has undertaken to come back to the West Belfast MP Gerry Adams with a response to his request for the decision to be reviewed. I think that the results of this canvass further support the case for the Minister to order a review of her decision.”