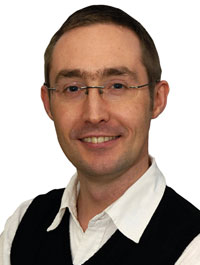 Shell to Sea are holding a short protest at the Norwegian Embassy, Molesworth Street Dublin today (Thursday), to highlight the fact that Norwegian citizens will see much more benefit from the Corrib Gas Field than the people of Ireland.
The event is also to publicise the fact the Shell to Sea will have an information stall as part of the Cool Earth Fair in the Dun Laoghaire Festival of World Cultures this weekend, Saturday and Sunday 25-26 August. To highlight Statoil involvement in the Corrib Scheme, the campaigners will have a Norwegain-themed stall, with leaflets outlining how people can apply for Norwegian citizenship.
Eoin Ó Broin, Shell to Sea campaigner from Dun Laoghaire, said: “We’d like to welcome visitors to the multi-cultural festival at the weekend, including of course Norwegian people. However we’d also like to make people aware that the government of Norway is doing a much better job of looking after the interests of its citizens than our representatives are doing for us.”
“Through Government ownership of Statoil, the Norwegian people will own 25% of Corrib gas. The people of Ireland own zero per cent.”
“A scheme like the Rossport/Bellinaboy pipeline and refinery project would not be allowed in Norway for health, safety and community consent reasons. Nevertheless the Irish government insists that the scheme must go through”.
“Here in Ireland we will see no lasting benefit from the exploitation of our own oil and gas. However the government of Norway has managed to make sure  that oil and gas revenues will help that country long into the future.”
“What people find difficult to understand is why money from Irish resources should form part of that revenue, and how it can make economic sense for the Irish government to give away the Corrib gas field which is worth billions of euro.”
• For more information call Eoin Ó Broin on 087 279 4843 or John Flynn on 087 610 7620

The Shell to Sea campaign will also be holding an information session in Mayo at Healy’s hall in Glenamoy on Saturday 25 August from 2-6PM.