'Operation Banner' : British army did not and could not defeat the IRA 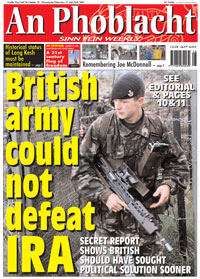