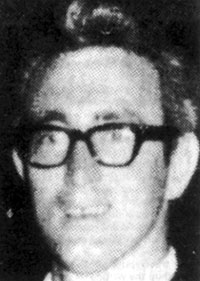 The Battle of St Matthew’s

The nationalist enclave of the Short Strand in East Belfast with its back to the River Lagan and surrounded on all sides by loyalist areas was the target for loyalist and British state violence since the start of the most recent period of conflict in Ireland. On the 27 June 1970, an event occurred which became iconic in the Northern nationalist psyche and was seminal in the growth of the re-emergent Irish Republican Army.
On that night loyalist gangs attempted to invade the Short Strand with the intention of burning down the houses and evicting the nationalist population. There had been trouble earlier that day in Ardoyne during a loyalist march and many of the attackers were returning from this march when the assault on Short Strand began.
The previous August Billy McKee along with Joe Cahill and others had made a failed attempt to save Kashmir Street, Bombay Street and Cupar street from being burnt out by an RUC/loyalist mob. They were furious with the Dublin based IRA leadership whom they accused of having left them virtually unarmed  and defenceless. It was at about this time that graffitti began to appear on the walls of Belfast stating ‘IRA – I Ran Away’.
When McKee, who had been in the IRA since 1939, heard of the attack on the Short Strand, the then OC of the IRA’s Belfast Brigade assembled some Volunteers and a few weapons and they made their way rapidly to the Short Strand area. Taking up positions in the grounds of the local church, St Matthew’s – a pet target of the loyalist attackers, there began a five-hour gun battle, during which IRA Volounteer Henry McIlhone was killed and McKee himself was injured. But the attack on the Short Strand had been sucessfully repulsed.
The importance of this event on the perception of the nationalist community towards the IRA and the role it played in the rebirth of that organisation was summed up by senior republican Jim Gibney, then just a teenager, in comments he made many years later:
“I was on the streets that night, quite accidentally, with a friend of mine. We were babysitting for his sister. And around about eleven o’clock, I think it was, I was in the street and we were just standing at the door. There had been some trouble earlier that day, some rioting. The area had been attacked with petrol bombs. I think there was a returning Orange parade, and they had tried to get into the district. And so there was a minor skirmish. And then there was a build up in Belfast, all parts of Belfast that night. And then around eleven o’clock when I was standing ... I saw people I knew coming down the street carrying rifles. And I was just dumbstruck by this experience. I seen people who I knew, much older than I was of course, coming to the end of the street, taking up a position, and you know.. firing up the street that I lived in.
It was incredible to witness this at first hand at 15 going on 16. It was something that you only seen on the television or in the films. And on the other hand you were very, very afraid, because you also knew that you could quite easily be shot dead or injured. And then of course the gun battle lasted right through into the early hours of the following morning. “
The Battle of St Matthew’s took place this week 37 years ago.