OPINION : Honest assessment must look at all factors in election result 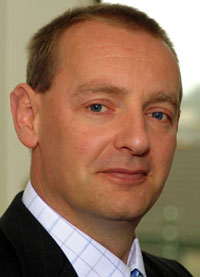 In the aftermath of an election where, not alone did we not make the gains we expected but in fact where we lost a seat held by an excellent hard working TD, we must be honest with ourselves and move to address the reasons for our failures.
It would be easy to attribute our lack of electoral success to the fact that smaller parties were squeezed by the media inspired presidential style campaign where the electorate were faced with a stark choice of more of the same under Fianna Fáil or the uncertainty of a country led by a cardboard cut out. But an honest assessment on our part must look beyond that obvious major factor.
I suspect that many ordinary workers and their families dependant on the building industry in particular were sold the idea by Fianna Fáil strategists that to put any other party in power would damage their earning potential.
What was needed were proactive policies that would have been seen not alone to protect that sector but to present a series of positive proposals to ensure construction industry workers had a different view of Sinn Féin and the broad left generally.
The last thing construction workers needed was to have Sinn Féin candidates stating that one of the obvious flaws in the 26 county economy at the moment is our over-dependence on the construction industry as an economic panacea.  The truth needed to be presented in less stark terms and the development of policies addressing the fundamental flaw of that over dependence would have helped. Let’s not go into the next local and European elections with that particular blindfold on.
Many thousands of working class families voted with their pockets. They voted for SSIA’s, for the second car in their driveway and for the two holidays each year.     Even those who were not obvious beneficiaries of the borrowed money boom voted in their thousands to preserve the status quo rather than vote for change and risk uncertainty.
That in voting for their pockets and lifestyles, they also voted for the inequalities of our healthcare and education systems will be an unfortunate but apparently acceptable side effect of their decision to vote conservative in the first place.
This leads to the inescapable question as to whether left politics can at a time of unparalleled wealth in the 26 counties, appeal to sufficient numbers so as to allow an electoral breakthrough by left parties?
On the face of it, those who advocated a left politic in this election fared badly and I suspect that the reasons outlined above are contributory factors in that poor result.     So, what is the Left to do?  Must we wait for the economic downturn coupled with ever increasing interest rate increases before we are to be considered as a serious alternative to the Right wing advocates within Fianna Fáil  and Fine Gael?
If one looks at the centre ground in Irish politics then you will see a crowded place and I have no doubt that there are those who would wish to see Sinn Féin move closer to that centre political ground. I suspect the main plank of that argument will be one which seeks to broaden the appeal of the party so as to ensure a share of the electoral spoils as per the FF/FG policy and of course, to make us more acceptable as coalition partners to conservative Ireland. Therein lies the crux facing Sinn Féin right now.
I take the view that this bad election result should serve as a wake up call to Sinn Féin and the broad left in Ireland but that it could prove to be fortuitous.  I firmly believe that unless we present a real alternative to the ‘greed is good’ economics of Fianna Fáil and Fine Gael then we will be destined to remain as minor players in the 26 Counties. The opportunity now exists to begin to develop a confident left wing alternative programme for government and this will mean seeking to build alliances with other progressive left individuals and possibly even the 26 County Labour Party.  I fully understand that this prospect will send shivers down the spines of many comrades and may very well be rebuffed by the Labour Party in any event. Nonetheless, I do think that unless we begin the work of presenting a real alternative to the choice of either Fianna Fáil or Fine Gael then we will, in part at least be responsible for the fact that they will remain in power for the foreseeable future.
As part of the development of a confident left alternative we need to move now to ensure that progressive voices are in place as candidates in good time for the next local elections.  Sinn Féin activists where they are not already involved, must become involved in community politics. We should examine the possibility of transfer pacts with other progressive voices in time for that election. We need to have confidence in our policies and those policies need to be aimed at tackling the real inequality for workers and their families and developing an all Ireland economy with decent, accessible services provided by the state.

• Councillor John Dwyer was the Sinn Féin candidate for Wexford in the general election.