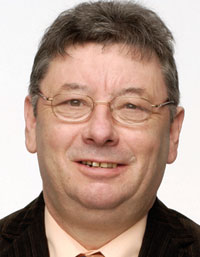 Learn from election disappointment and move on

The political dust has half settled. A government is in place, if true to form it will run for the full term. For republicans it is time for the three Ds -
– debate, decide, and do.
It was an extraordinarily strange election. Fianna Fáil was looking at 35% of the vote and defeat a week before the election. They were as surprised with the results as we were disappointed.
Every party lost out except Fine Gael. They gained 19 seats but expected to gain 26. Fianna Fáil and the PDs lost 9 seats, Labour lost one, the Greens held their own but expected to make gains of two to three. We lost Seán Crowe’s seat and could have lost another one. We improved in some areas such as Donegal. We held our own as in my own constituency and polled respectably in new areas like Clare.
In reviewing Sinn Féin's election performance writers have tended to hone in on our taxation policies, TV debates etc in pursuance of reasons as to why Sinn Féin had such a poor election. There is also a bigger picture which must be considered.
The larger backdrop is the growth of Sinn Féin in the North. The undermining of partition by the growing all-Ireland agenda and the fear generated within the other political parties in this state by the growth and potential of Sinn Féin to create change. Nobody realises this more than Fianna Fáil and Bertie Ahern.
Fianna Fáil knows, despite our poor election performance, that Sinn Féin and our strategy of dismantling partition is potentially the greatest threat to them in the 26 Counties.
Fianna Fáil strategy is to keep Sinn Féin in a ‘niche’ market of the voting population, as minor players in the political life of the state, to manage political change arising from the peace process and the Ministerial Councils and to ensure that they remain at the helm of power.
Fianna Fáil and the PDs applied this strategy particularly well in advance and during the election. McDowell did his anti-republican black propaganda bit of attempting to criminalise Sinn Féin. Fianna Fáil on the other hand stated that they would not go into coalition at any price with Sinn Féin because of our economic policies. Noel Dempsey went so far as to say he would prefer opposition to government with Sinn Féin. Yet the same Mr. Dempsey stated in The Weekender, a local Meath newspaper, in 2005 that he could see no problem sharing power with Sinn Féin once the issue of the IRA was resolved.
This change of attitude was aimed at ensuring that Sinn Féin were marked political untouchables in the eyes of the voting public and unfit for government with Fianna Fáil. This was grist to the mill of the anti-republican element of the media.
There is still further evidence of this strategy with Bertie, in putting together this broad coalition of parties and individuals, again tries to ensure that Sinn Féin will be unable to be part of a Technical Group of opposition to him and that the party can therefore be further isolated and weakened within Leinster House.
This is the same Sinn Féin who are in government with three ministers and a Deputy First Minister in the Six Counties.
So the battle lines for the next five years will be between those progressive forces who wish to dismantle partition and create a new beginning and those who wish to maintain the status quo.
Look out for Ahern and Cowan playing the republican card at every opportunity but rejecting any notion of Northern representatives in Leinster House or having a Fianna Fáil strategy paper for unification, never mind a government paper.
Both the Fianna Fáil and Unionist party leaderships have a mutual interest in maintaining partition as both have vested interest in maintaining the status quo.
Yes we do need to review and update our fiscal policies. Elections in the South demand that parties provide fiscal detail as to how the public purse is spent and how public services are funded. But let’s keep this in context. The PDs Labour and Fine Gael had detailed tax policies. They are not in government. Brian Cowan, Minister for Finance admitted that the figures he used in his ‘victory’ debate with Fine Gael were incorrect. Bertie tells us NOW there are challenging economic times ahead!
Fiscal debate is part of and held within the broader political debate of who the electorate wish to run the government. It is never about pure economic policies but a political economic debate.
It is therefore important that we don’t throw the baby out with the bath water. Policy mistakes were made. The presentations of our positions in some cases were poor and need to be improved.
We remain committed to the provision of the highest standards of  public services,  a health service for all, to people having roofs over their heads, to the provision of highest standard education, to economic policies that promote indigenous industries and employment, to equality within our communities.
So where to now?  Despite the poor results there are a number of positives that point to the party being in a position to bounce back and make gains.
All areas report that the attitude to the party on the doorsteps was positive, warm and welcoming and engaging. Tally figures show that gains can be made in the local election and possibly the European elections of 2009.
In areas where the party had well-organised campaigns such as the health campaign we tended to hold our own or made small gains.
In the forthcoming period we should look to:

This election has been a real test for republicans. It has been a shock to the system after nearly 20 years of gains in election after election. In attending a number of excellent meetings you cannot but notice the honesty, integrity and comradeship of the debates. I have had a strong sense of renewed republican determination to learn from the disappointments of 2007 and to move on.
•  Joe Reilly is a Meath County Councillor and was Sinn Féin’s general election candidate for the constiuency of Meath West.