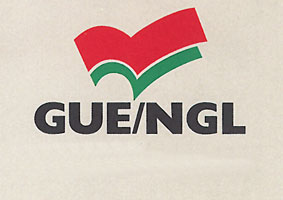 Victory for public transport at heart of EU

Twelve questions on the future of the EU Constitution

European leaders have been on their starting blocks for some months: they were only waiting for the election of a French President before launching into their sprint towards reaching a conclusion as quickly as possible on the development of the future European Treaty. Last March they decided to speed up the timetable, initially fixed to the end of 2008: doubtless they are afraid above all that a long negotiating process will allow the citizens of the different countries to grasp what’s at stake and upset the summit compromise which is taking shape. “Most importantly, don’t reopen Pandora’s box...”
The German Chancellor has been particularly active, behind the scenes, in constructing a consensus among heads of state and government. Each of them designated a representative with whom the German EU Presidency has explored the points of agreement and disagreement. Then, at the end of April, Angela Merkel sent each of her twenty-six partners a twelve-point questionnaire, the purpose of which was to test their reactions to the various possible options. All had responded by the eve of the second round of the French Presidential election, so that only the position of the Elysée’s new tenant is awaited.
Certain of these questions merit attention, including the very first: “What do you think of the proposal made by certain member states not to repeal the existing treaties, but to return to the classic method of modification of the treaties...?” This is exactly what Nicolas Sarkozy has in mind when speaking of a “mini-treaty” and which I have denounced as a “maxi-manipulation”! In effect, it would permit the reconstitution without discussion of the whole structure of the present neoliberal Europe and to limit the future consultation to a few scarcely contentious institutional reforms. And as this would therefore be only a matter of partial modifications, the “unnecessary” nature of a ratification by referendum could be justified.
Question No 3 is also worth its weight in euros: “How do you assess the proposal made by some member states to use different terminology without changing the legal substance –for example with regard to the title of the treaty...?” No more will we speak of a “constitution” but, then again, neither will we touch the golden rules of “the economy of the open market or free, undistorted competition...” Simple, isn’t it?
The fourth question puts one in mind of the 19th Century novelist Courteline’s “gun bent to fire round corners”: “What do you think of the proposal not to include in the treaty an article on the symbols of the Union?” The suppression of the reference to the European flag or the European anthem in the future treaty – now wouldn’t that be enough to have the ex-constitution – which, moreover, will no longer be called a constitution  – approved? Goodness me you are difficult!
The penultimate question evokes at last the ultimate sacrifice to which “certain member states” could eventually consent: “What do you think of the proposal... to address in one way or another the social dimension of the European Union?” Naturally, without making any modification whatsoever of the neoliberal economic rules evoked “in one way or another” in each of the twelve questions preparatory to the negotiations!
On the 21 and 22 June, Angela Merkel must, on the basis of the results of these consultations, present to the European Council the key elements of the future treaty. We need to prepare for a serious counter-offensive. Before that will take place the legislative elections in France. It would be in our interests to use these to good effect.

Landmark new EU chemical legislation, commonly known as REACH, formally comes into force across the EU on June 1
Replacing various pieces of European legislation with a single system, REACH  – Registration, Evaluation and the Authorisation of Chemicals – will be rolled out over several years.
The law is designed to make firms prove the thousands of chemicals they use in products from cars to clothes are safe.
It will, importantly, include a number of chemicals that have not undergone any safety assessment before.
Chemicals manufactured or imported into the EU in quantities of more than 1000 tonnes a year and substances of highest concern, such as carcinogenic, mutagenic and reproductive toxic substances, need to be registered within the first three years and the rest will follow.
Final agreement on the deal, reached by parliament last December, came after years of wrangling between firms keen to avoid more red tape and environmentalists seeking to cut the use of hazardous pollutants.

constitution
European Commission president Jose Manuel Barroso has warned both Poland and the UK not to block attempts to agree a new treaty for the European Union.
Speaking about Poland with Financial Times Deutschland, Mr Barroso indicated it was time for Warsaw to show the same solidarity it demanded on issues to do with Russia towards solving the EU’s internal problems.
“Poland is currently experiencing the value of European solidarity. On a difficult issue for Poland, we clearly said: Poland’s problem is a problem for the whole of the European Union,” said Mr Barroso.
The commission chief tailored the same message to London. He told UK daily the Financial Times that London would harm its own interests if it prevented agreement on a new treaty, adding that the matter would come back to haunt Gordon Brown, set to be the next UK prime minister.

The European commission has tabled plans to fight obesity across the EU.
EU health commissioner Markos Kyprianou has unveiled on Wednesday a new voluntary strategy aimed at curbing the growing problem of obesity in the EU.
Obesity affects over half of the adult population across most EU member states, accounting for seven per cent of total healthcare costs in Europe, the white paper reads.
The strategy specifically targets children and the food industry.
Brussels estimates there are over 21 million obese children across the EU, and the number is rising by 400,000 a year.