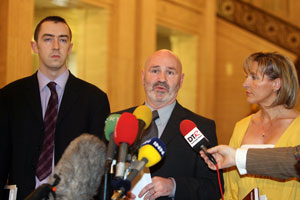 Speaking to PADDY McDAID, Sinn Féin spokesperson on policing and justice ALEX MASKEY MLA, says that in joining the North’s Policing Board, republicans have entered a new theatre of struggle but that much work must be done to achieve a fully accountable and representative civic policing service.