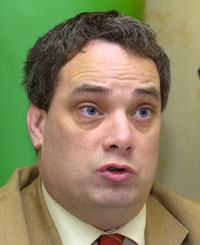 Sinn Féin TD Aengus Ó Snodaigh has called on the Taoiseach to give a guarantee that a Dáil debate on collusion will take place before the end of the Government’s term of office.

Ó Snodaigh was speaking on Wednesday after Patrick McEntee SC requested an extension of one month before he publishes his report into the Dublin/Monaghan bombings of 1974, sparking fears among the families of victims of collusion that a debate will not take place before the end of this Dáil.

The Sinn Féin TD called on the Taoiseach to give a guarantee that this will not be the  case.

“The Dáil debate on collusion must top the agenda after St Patrick’s Day, by which time the McEntee Report should be published. If that means calling a special sitting on a Friday or during Easter Week, then so be it.”