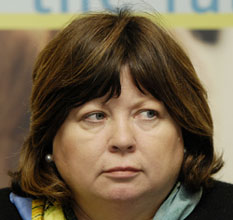 Healthcare costs set to rise by 15%

VHI's victory in the High Court in Dublin last week over BUPA is a welcome slowing of private sector entry into Irish healthcare but it does little for customers of VHI. Even with the High Court decision in its favour VHI premiums are still set to rise by 15% annually for the next three years. VHI subscriptions will rise 12.5% in 2006.

BUPA had taken the court action to protest at the principle of risk equalisation that currently underpins the 26-county private healthcare insurance market. It was introduced so that the new market entrants BUPA and Vivas could not gain advantage by having a younger client base who would not make as many healthcare claims as VHI whose customer base has a much older age profile. The system works through a six-monthly assessment of the risk profiles of all the health insurers by the Health Insurance Authority.

Under the risk equalisation scheme, the companies with the lower age customer base would make annual payments to whoever had the older customer profile. The private healthcare insurance market in the 26 Counties has been underpinned by the principle that there is a common community charge in that your age should not mean an increase in premiums.

The Risk Equalisation victory for VHI does not deal with the larger problems facing the company. The current coalition are committed to privatising the VHI by 2012, but with losses of _32.3 million in 2005 and mounting costs in its operations it is hard to see under its current business model where the long term future of the company lies, until that is you take stock of the other elements of the Fianna Fail/Progressive Democrat coalition's health care strategy which is to increasingly rely on a growing private healthcare sector.

Mary Harney's health care budget in 2007 is set to top _14 billion and the VHI estimates that it will have paid out over _890 million for medical procedures on behalf of its customers in 2006. The VHI has over 1.5 million subscribers, BUPA has 440,000 while industry estimates put Vivas numbers at over 100,000 subscribers.

The next stage in the development of the private health care sector has begun with the establishment of emergency room facilities in Dublin and both VHI and BUPA are actively seeking to build their own hospitals where the core customer would be the Irish Government. So expect a more significant chunk of Harney's _14 billion health budget to be sliced up by the current three private health insurers.

In it's last financial year VHI paid out _587 million to hospitals and _229 million in professional fees to doctors. Owning its own hospitals and being paid to deliver health care service by the government would mean a turn around in its fortunes and the VHI would be keeping the hundreds of millions it currently pays out.

The recent Democrat victory in the US mid terms offers a cautionary tale of what could happen in the Irish health sector. One of the Democrat campaign promises is to allow the Medicare insurance scheme negotiate medicine costs with the US pharmaceutical companies. The Republicans in 2003 passed a law forbidding the company to negotiate lower drug prices, Democrats estimate it could save $190 billion over ten years.

It makes you wonder when you look at the rivalry between VHI, BUPA and Vivas, where costs to consumers are continually rising despite competition, how long it will be before they get the foothold in the medical sector here that has driven up healthcare costs so substantially in the USA?