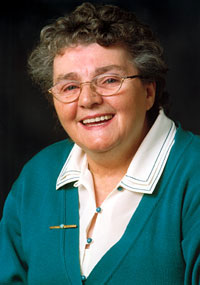 Stormot drama made for the conspiracy theorist

It was a situation made for the conspiracy theorist. The big man, the man of God, the consummate politician, the champion of fundamentalist Protestantism, had just refused to nominate for something he has wanted all his life -- to be first Minister of 'Northern Ireland.'

Sinn Féin, which has never aspired to such dizzy heights but with an eye to a future Ministerial position in a United Ireland, had just nominated Martin McGuinness to be the Deputy First Minister. There was the usual sour grape response from those who for years had conspired to sideline Sinn Féin and who would set up house with the DUP if given the chance. The middle ground, who neither 'blow hot or cold' as the Bible says, (Paisley will like that one) was waxing forth on something, too mundane to recall, when the sound of a bell relieved the boredom of what was the Bertie and Blair D-Day.

The drama moved from the Chamber, that quaint British name for a meeting room, to the Great Hall were viewers saw Michael Stone stuck in the revolving door with two security people holding each arm. Another security man determined to spoil such an amazing spectacle was shooing camera people away from the scene, so we didn't see the smouldering bag as reported later in the press. We did see the security woman, who is an ex-member of the RUC, brandishing a gun and then later leaning over the prostrate Stone as if giving him the kiss of life.

It was all very dramatic and everyone, including the media forgot the drama that had just unfolded in the Chamber, when the leader of the DUP and the Free Presbyterian Church and one of the richest politicians in Europe, in a speech liberally littered with calls on God to deliver had failed to deliver himself.

It was Monty Python without the DUP circus who were whisked away in police cars that had appeared out of nowhere, while the rest of the assembled members and visitors included school children were left standing in the pouring rain. It emerged later that the security people, most of whom are ex-RUC personnel, British soldiers, or prison officers had found a smoking bag containing a number of nail bombs, and that Stone had a knife, a gun, a garrotte, and a hatchet.

Mind you Stormont has had its dramas before. During one of the many crises engineered to derail the peace process and the Good Friday Agreement, the B team -- Bertie and Blair were dispatched to Stormont to sort out the 'warring natives'. As the helicopters carrying the two Prime Ministers, touched down in the grass area beside Carson's statue, Martin Meehan with a total disregard for the dignitaries stepping out of the choppers, proceeded to stick a Tricolour up the rear end of the statue of a man giving everyone the fingers. Someone last week gave the fingers to the 24 November deadline set by Blair and Ahern and it wasn't Stone.