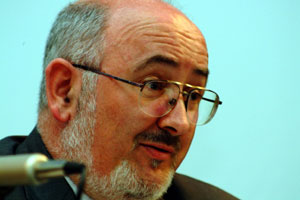 Sinn Féin has again called on the Irish Government to refuse the use of Irish airports and airspace to all planes associated with the United States' rendition programme. The call follows the publication of a report from a European Union Committee which exposed the 26 Counties as the third most culpable EU state having hosted 147 secret CIA flights. The 26 Counties is one of 11 EU states strongly criticised by the EU Parliament committee.

The draft report expresses "serious concern" at the 147 stop-overs by CIA operated aircraft at Irish airports, many of which were coming from or directed to countries linked with extraordinary rendition. It highlights that several of the aircraft making stopovers in the 26 Counties were involved in the rendition of seven people by the CIA as part of its "war on terror" after 11 September, 2001.

The EU report says aircraft that stopped off in Ireland were involved in the rendition of Agiza, El Zari, Al Rawi, El Banna, Britel, El Masri, Binyam. These individuals were secretly transported by the US secret service and some were later tortured in prisons outside Europe, such as Egypt. There is no evidence in the report to suggest they were ever transported through Irish airports but it says Germany, Italy, Sweden, Bosnia and Macedonia did facilitate rendition.

The draft report was presented to the committee after the appearance and testimony on Tuesday of the chairman of the Irish Human Rights Commission, Dr Maurice Manning. He told the committee that the Government was not complying with its legal obligations under the European Convention on Human Rights by failing to set up a random inspection regime to ensure rendition was not taking place.

He said the Government should not simply rely on US diplomatic assurances but instead should agree a legally enforceable agreement with the US and investigate the matter of renditions.

Sinn Féin Dáil group leader Caoimhghín Ó Caoláin TD raised the issue during Leaders' Questions on Wednesday, when Tánaiste Michael McDowell was standing in for Taoiseach Bertie Ahern. He asked whether the government would continue to ignore the Irish Human Rights Commission in relation to the use of Shannon Airport as a staging post for the US and British led war in Iraq.

"Will they continue to take on trust everything they are told by the US government about the thousands of military aircraft and personnel that have passed through Shannon and used the facilities there?", asked the Sinn Féin TD.

He went on: "The EU Committee to investigate so-called 'extraordinary renditions' has found that this State hosted 147 secret CIA flights- the third highest number among EU states. Can the Tánaiste explain how your Government can claim to have a policy of neutrality and to be sovereign and independent in international affairs when you make Shannon Airport available as a staging post for the war in the Iraq and when you turn a blind eye to what goes on in the US military aircraft you host?

"Do you agree that the war policy of the Bush administration has been comprehensively rejected by the people of the United States? Why then does this Government persist in facilitating that war through the use of Shannon by the US military?

"Will you end that policy now? Or if you will not close Shannon to the US military will you at least carry out inspections of their planes landing at Shannon to ensure that further breaches of international law and human rights are not taking place on Irish soil?"

Responding, Michael McDowelll trotted out the usual lame Irish government excuse that it trusted what it was told by the US authorities in relation to US military aircraft at Shannon.