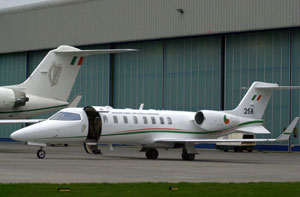 Almost 650 workers are to lose their jobs in January, following the announcement by Canadian aerospace company Bombardier of cuts in its Belfast subsidiary, Shorts.

Sinn Féin Economy Spokesperson Mitchel McLaughlin MLA, reacting to the news, said: "The announcement of these 645 redundancies will come as a body blow to the local workforce. It will also have far-reaching consequences on the local economy.

"Sinn Féin have been arguing for sometime that the structural weaknesses in the local economy will not be overcome through an over-reliance on Foreign Direct Investment (FDI) to tackle either the high levels of economic inactivity or the dependence on public sector employment.

"This announcement highlights the very real dangers of having economic policy driven by an overdependence on FDI. Other recent announcements have also shown that a dependence on low-skill, low-wage, call centre-orientated FDI will not provide a solution to these structural economic weaknesses.

"I believe that we need a clearer focus on indigenous business development, improving investment levels in R & D and, fundamentally, in the development of the all-Ireland economy as key drivers for long-term sustainable economic growth."