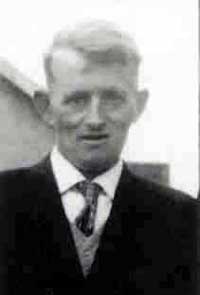 A report into the murder of Dundalk man Séamus Ludlow has named four loyalists suspected of carrying out his killing and highlighted the corrupt role played by the Gardaí in the investigation into his death.

The Barron Report was published last Thursday 3 November, after sitting in Government offices for almost 14 months. The 26-County Minister for Justice Michael McDowell said last week that the report could not be published earlier because it named the four suspects.

Séamus Ludlow, a 47-year-old forestry worker, was shot dead on 2 May 1976. Ludlow had been returning from a night out, when his eventual killers abducted him. He was found in a ditch, less than half-a-mile from his home in Thistle Cross.

From the beginning, Gardaí tried to propagate the myth that Séamus had been an IRA informer and had been shot by the group. But his family insisted this was not true and that there had been a cover-up by the Gardaí as to the real killers.

The report from Justice Henry Barron confirmed that Ludlow was not a member of any organisation and sharply criticised the Garda investigation of the case. The 100-page document found that some Garda files had gone missing and other information had never been stored at all.

Barron found that the RUC had informed the Gardaí in 1979 that it believed that Paul Hosking, William Long, Séamus Carroll and James Reid Fitzsimmons were involved in the murder. Both Long and Fitzsimmons were members of the British Army's Ulster Defence Regiment. They were believed to have been operating under the cover-name of the Red Hand Commandos.

These men were never questioned in the North, and Barron reached the conclusion that senior members of the Gardaí believed that if they questioned them, it would give RUC officers the same privilege in the South in future cases. However, given the extensive level of overt and covert collaboration between the Garda and RUC at this time its seems much more likely that this was Gardaí covering up the British Army involvement in Séamus Ludlow's murder.

Barron names the then Deputy Garda Commissioner Lawrence Wren as being the man who made the decision not to pursue the information, possibly in conjunction with senior members of the Department of Justice.

However, even after the Gardaí had received this information, they continued to tell the family that the IRA had been responsible for Ludlow's death, and republicans were summarily dragged into Garda barracks for questioning.

Current Garda Commissioner Noel Conroy accepted last week that there "were issues" in the original investigation.

An Oireachtas sub-committee will begin a public inquiry next January into the murder and the TDs who will be involved have already warned that senior Gardaí from then and now will face serious questions. The Committee will hold public hearings into the report and interview as many key witnesses as possible.

In his report, Barron was hugely critical of the lack of co-operation from the British Government, as he was following his report into the Dublin/Monaghan bombings.

Speaking last week, Sinn Féin TD Caoimhghín Ó Caoláin said the Taoiseach had to insist for full co-operation from the British Government and its agencies in the Oireachtas Inquiry.

"Once again the work of Justice Henry Barron has been hampered by lack of co-operation from the British authorities," Ó Caoláin said. "He has concluded that he finds it hard to accept that requested documentation does not exist.

"The Taoiseach Bertie Ahern, at his next meeting with Tony Blair, must insist on full co-operation from the British authorities with the forthcoming hearings of the Oireachtas Committee on Justice, Equality, Defence and Women's Rights on this latest Barron Report. This must include making available witnesses and documentation."

The Ludlow family have welcomed the report, but say the cover-up goes much further, and are insisting that only a full independent public inquiry will find the truth behind their relatives death.

With the conflict at its peak, the mid-'70s saw a number of loyalist attacks in the South. Chief amongst these were the:

• Shooting of John Francis Green near Castleblayney in January 1975;

• Murder of Christy Phelan in Sallins in County Kildare in 1975, stabbed 57 times with a dagger;

The UVF and Red Hand Commandos were extremely active at this time and the SAS were also operating covertly along the South Armagh, North Louth Border. The latter group are believed to have murdered and abducted several well-known republicans in and around the South Armagh and Dundalk area — in fact, three days after Séamus Ludlow was murdered, eight heavily-armed SAS men were arrested by the Gardaí on the southside of the border at a place called Flagstaff near Omeath, in County Louth.

The government at that time was the Fine Gael/Labour Coalition Government of Liam Cosgrove TD (1973-'77), and was very pro-British and very anti-republican.

Despite the assurances of the family that Séamus was not a member of the IRA, the Gardaí continued to brand him an informer, slurring his name.

They refused to look at the possibility of loyalist involvement in his death, and the Special Branch in particular were very hostile towards his family, even questioning some relatives in relation to the murder.

Four weeks after Ludlow's death, the investigation was brought to an abrupt halt. No reason was given by the Gardaí for this, and members of the force who had been on good terms with the family, stopped talking to them.

The inquest into Ludlow's death was held on 19 August 1976, but the family were told too late to be able to attend.

The Gardaí insisted for over 20 years that the IRA had been responsible for the murder, but this was finally called into question in 1998 when the Sunday Tribune ran an interview with Paul Hoskings, admitting the murder. Subsequent findings revealed that the Gardaí had most of the information concerning the killing a few short months after Ludlow's killing.