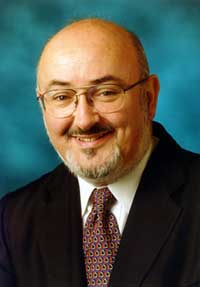 In welcoming developments Sinn Féin Dáil leader Caoimhghín O Caoláin said it was a hugely difficult decision for republicans to make. "I know that many republicans who have fully supported the Sinn Féin peace strategy from the beginning will be feeling that yet again republicans have had to leap first. But I would urge all republicans to see this development for what it is — a brave act of faith in the ability of Irish republicans to move forward together to our goal of Irish unity and independence by peaceful means."

He said the Irish Government had a special responsibility in the wake of the developments. "For too long some in this government have handled the Peace Process with one eye to the next General Election in the 26 Counties and with a desire to limit the growth of Sinn Féin. The anti-republican agenda of Michael McDowell has been allowed to dominate. This must change."

O Caoláin said that Bertie Ahern needed to renew his commitment to the Good Friday Agreement and fulfil his own government's obligations. As Taoiseach he should also ensure that the British Government and the unionist parties lived up to their responsibilities in the Peace Process

He called on Ahern to develop co-ordination and integration of infrastructure and public services on an all-Ireland basis and to advance the issue of Six-County representation in the Oireachtas. "Speaking rights in the Dáil for all Six-County MPs should be provided for without further delay."

The Sinn Féin Dáil leader also said that the Dublin Government should publish a Green Paper on Irish Unity which would set out a government strategy for Irish re-unification and that the Offences Against the State Act should be repealed.