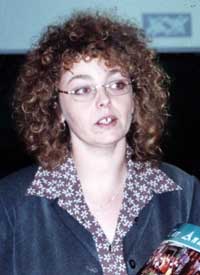 As recently disclosed figures emanating from the PSNI reveal that sectarian attacks have doubled in the past year the relentless campaign of unionist violence continued across the North.

Among the targets picked by the unionists were a Catholic chapel in North Belfast which was paint bombed last week while homes in Belfast, Ballymena and Newtownabbey were targeted.

In Derry City three nationalist teenagers were beaten up.

At around 2am on Sunday 25 September a unionist gang terrorised residents in the nationalist Carrick Hill area of North Belfast after they broke a number of windows, destroyed gardens and broke into another house in the latest in a long line of sectarian attacks on the estate.

Windows and garden ornaments were smashed and it is understood the sectarian gang tried to throw a garden bench through the front window of a house.

The men escaped in a dark people carrier. Maria Flynn, whose Stanhope Drive home was damaged, said unionists returned on Sunday and told her they would "finish it off".

"We are tortured here, really crucified. They throw paint bombs, bottles and stones from the hill but these men driving into your estate, that would really scare you."

"We have these men coming into Carrick Hill with ease and trying to get into people's homes. This latest attack leads on from an incident a few weeks ago when loyalists broke open a fence between Carrick Hill and the loyalist Lower Shankill Road so that they could attack nationalist homes with golf balls and bricks."

Also St Gerard's Catholic Church, on the Antrim Road, was attacked in a paint-bomb attack in the early hours on Friday 23 September. White paint was thrown over the front doors of the church in a sectarian attack. It is the third time the church, which is not far from the unionist White City Estate, has been targeted.

The son of a nationalist woman said his mother was lucky not to be hurt during a sectarian paint-bomb attack on her Ballymena home on Friday 23 September.

Three paint bombs were thrown through the front windows on the Dunclug Estate.

On Wednesday 21 September, a Catholic mother of four had to use a garden hose to extinguish a petrol bomb thrown at her Newtownabbey home at around 6.30pm.

Anna Delaney was in the kitchen of her Longlands Road home when she saw flames at the back of her home. "I ran out and had a look to see if anyone was about and used the hose to put the fire out. I was shaking like a leaf and worried about the kids".

Speaking to An Phoblacht Newtownabbey Sinn Féin Councillor Briege Meehan said the attack was an attempt to kill those in the house and she hopes this is not the start of an orchestrated campaign against the nationalist community.

"We have been trying to curb sectarian tensions in the area in fact only last week Fr Dan White postponed Cemetery Sunday at Carnmoney Cemetery because he did not want to bring a large number of people into the area at a time when unionists gangs are intent on causing trouble."

Three teenage boys were attacked by up to eight unionists as they walked along Prehen Park on the outskirts of Derry on Wednesday 21 September. One teenager was knocked to the ground and kicked about the body before the gang was disturbed and ran off towards Victoria Road.

A Catholic care worker had white paint poured on her car as she tended to a pensioner in Ballyheather Road near Ballymagorry between Derry and Strabane on Wednesday 21 September in a sectarian attack. A note containing sectarian comments was found on the windscreen.