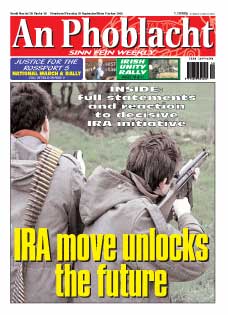 In a statement issued to journalists on Monday 26 September 2005, The Irish Republican Army said:

The statement was signed P O'Neill