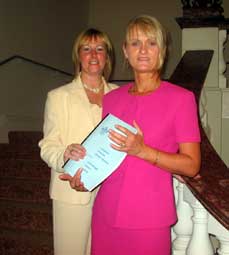 "It was disappointing that this show of contempt for a human rights issue concerning a native of Fermanagh was not worthy of unionist approval," said Swift.

"The injustice of the unequal land distribution in Kenya is a legacy of colonialism and imperialism," said Swift. "Their struggle for independence was based on a demand for land and freedom. While independence was won, land and liberation were not. We can relate and identify with the fact that no rights are achieved without a struggle and Father Gabriel's example is an inspiration to me and anyone else interested in human rights."

The motion was carried. It was agreed as a matter of urgency that Fermanagh Council write to the Kenyan Government, all relevant Embassies and government bodies in support of Father Gabriel and his family, requesting that all charges facing him are dropped immediately.