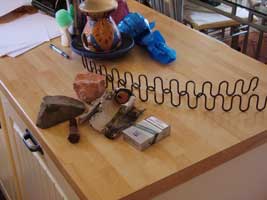 Fears are mounting in the nationalist Short Strand area of East Belfast that the district may be facing into another sustained sectarian campaign at the hands of unionist paramilitaries.

The latest fears come amid a series of escalating attacks, including gun and bomb attacks on nationalist homes and property — part of a wider unionist campaign against vulnerable nationalist communities across the Six Counties.

The Short Strand attacks, which began in the area several weeks ago, culminated on Saturday 21 August when residents of Clandeboye Gardens were forced to endure more than eight hours of continuous rioting. Marbles, ball bearings, bricks and bottles rained down on homes throughout the night.

At least five shots were fired into one home and a pipe bomb was thrown into the garden of another. The incidents have led exhausted residents to speculate whether they are facing a campaign similar to that which besieged the community for several months in 2002.

The latest violence erupted on Saturday 20 August when a range of missiles were thrown at local houses. At midnight a blast bomb was thrown into the grounds of St Matthew's Chapel and a second device was thrown at houses in Strand Walk.

To the fury of Short Strand residents, the PSNI later described nationalists trying desperately to protect their homes, as a "hostile crowd." As the situation deteriorated, community representatives appealed to unionist leaders to stop the mayhem.

Unionist paramilitaries later fired shots at houses on Clandeboye Drive and a pipe bomb was thrown into a garden. The shots were fired into the house of a single mother with two children and the strike marks are still visible on her home. The massive pipe bomb ended up in the garden of another family with four young children. It was reported by phone to the PSNI, but there was no response. A bomb disposal team didn't arrive on the scene until after 3am despite the fact that the device had been thrown at a quarter to one, more than two-and-a-half hours earlier.

In the meantime, the PSNI used Land Rovers to 'box in' the area around the bomb, by parking their vehicles up against the doors of frustrated residents.

Local Sinn Féin representative Deborah Devenney said: "If the PSNI were supposed to be 'controlling' the situation in Cluan Place, how were armed men getting into the area with guns, ammunition and pipe bombs? And from the noise of them, there must have been some crowd in there. Yet the PSNI were telling us they had the situation under control and that they were stopping people from entering Cluan Place."

Devenney says residents are also frustrated with the picture being painted by unionist politicians and the local press. "I am a local representative," she says, "I was there the whole week beforehand trying to calm the situation and I saw what was happening. In the aftermath both unionist representatives and the media have tried to portray things as a 'tit-for-tat' exchange. It was not 'tit-for-tat'. These are systematic, ongoing attacks by one side against another and it is nationalists who are the targets.

"The bottom line is that the situation could have been resolved if it had been dealt with by the PSNI at the very beginning, before it was allowed to escalate. The political leadership of unionism and the Orange Order must face down these people.

"My colleagues and I are willing to work with anyone to resolve the situation and I know that the residents of Clandeboye feel the same. I would appeal to those on the unionist side to join us. Together we can end this."

On Monday evening 22 August Short Strand residents gathered in the local community centre to discuss the week's events. They were understandably fed up and angry, but they were also determined to come up with positive ideas and suggestions which could help to resolve the situation.

Shortly after the meeting ended another rain of golf balls came over the interface wall into Clandeboye Drive. Youths gathered on both sides but no rioting ensued. However, missiles were thrown at houses on the Albertbridge Road. The disturbances continued until midnight.