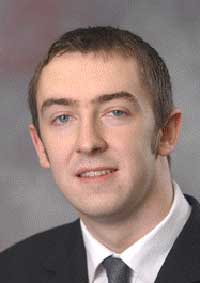 The UDA is being blamed for attacks on three nationalist families in the predominantly unionist village of Cloughmills, County Antrim in the early hours of Monday 8 August. In a worrying development the bombs used are said to be new, sophisticated devices with timers never used by unionists until now.

One device blew in the window of a home while another exploded on a van. The third device turned out to be a hoax.

No one was injured in the latest sectarian attacks but Sinn Féin Councillor Daithí McKay said that UDA members are being allowed to wreak havoc on nationalist communities in North Antrim and added, "they appear to be above the law".

In the latest development in the UDA campaign against nationalists, the PSNI in an unprecedented move, issued fire blankets and smoke detectors to nationalist residents of Ahoghill village for use in the event of sectarian attacks on their homes. The decision was taken after the PSNI received intelligence that there could be further sectarian attacks on local nationalist families. Several of those residents subject to the UDA threats have already left their homes.

The drastic PSNI action comes just a week after Oonagh Donaghy and her son Mark were forced to take flight from their home in the middle of the night after it was set on fire in a loyalist arson attack.

Just days ago a number of Catholic families were ordered by the UDA to leave the unionist village.

Ballymena Sinn Féin Councillor Monica Digney said that Catholic families in Ahoghill seemed to be left with no option but to move.

"There are only a few Catholic families left in the village and, if they are targeted to the same degree as others they will also be burned out."

Digney also criticised the silence of the MP for the area Ian Paisley in condemning the sectarian attacks.

"Ian Paisley has a lot of influence in this area and should be doing more to bring this loyalist campaign to an end so that Catholics can live at peace without fear of being burned to death in the middle of the night."

Meanwhile a number of nationalist homes and cars in Ballymena were attacked by loyalists protesting against a parade to commemorate United Irishman William Orr. The attacks in the nationalist Fisherwick Estate involved around 500 loyalists on Tuesday night 9 August.