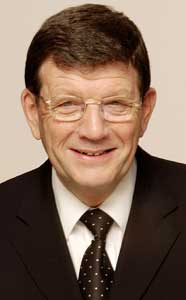 Sinn Féin's Director of Elections Pat Doherty MP has welcomed a consultation paper from the Northern Ireland Office (NIO) on it's plans to scrap annual voter registration in the Six Counties. Doherty said the British Government U-turn came about, "thanks to the efforts of Sinn Féin who campaigned long and hard for this".

A number of other proposals drawn up in conjunction with the Chief Electoral Officer Denis Stanley include retaining the requirement for individual registration with those seeking to vote supplying three personal identifiers, such as their signature, date of birth and national insurance number.

Other suggestions being mooted in the proposals are that the Chief Electoral Officer would have greater access to information from other public bodies to enable him track changes in the circumstances of people registered and target those who are not, to allow the electoral office to fully refresh the register.

Allowing voters to register just eleven days before polling day is seen as another positive suggestion.

Speaking to An Phoblacht Pat Doherty said the NIO's plans were a recognition that the current arrangements are deeply flawed and needed changes. "Annual registration has proven to be a complete disaster with around 210,000 people being disenfranchised by the current legislation. Public confidence in the electoral system needs to be rebuilt and it is my hope that this consultation paper can be the first step along this road."

The NIO also published a separate consultation paper on the regulation of political donations to parties in the North.