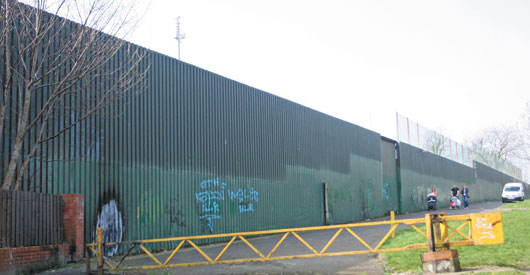 The master plan sets out to secure the necessary resources to make projects such as improved transport, learning and technological infrastructure happen

AN INVESTMENT PROGRAMME committing Belfast City Council to a £150million economic package for the regeneration of the city is being hailed as “historic and ground-breaking” by Sinn Féin Councillor Deirdre Hargey.

Speaking at the unveiling of the initiative in Belfast’s Waterfront Hall, Hargey, chair of the council’s Strategic Policy and Resources Committee, described the plan as a commitment to deliver for the city over the rest of this council term of 2012 to 2015 and beyond.

“The programme is also about partnership and a call for joint working across all sectors, for organisations and communities to bring together the resources needed to help our citizens realise their potential and make Belfast a competitive, inclusive and successful city.”

With the wholehearted support of all the parties on the council, Hargey is certain that ratepayers across the council area will benefit.

Underpinning the investment strategy is the Belfast master plan, which sets out to secure the necessary resources to make projects such as improved transport, learning and technological infrastructure happen.

The master plan sets out what it calls the council’s “high-level vision for the next ten years and highlights what the council must focus on”.

Its key objectives are spatial:-

•            The Neighbourhood City — neighbourhoods providing the focus for community, social and environmental sustainability.

Its strategic objectives are:-

The funding for these programmes has been identified within Belfast Council with the council itself promising £100million from council over the next three years with other funding coming from other sources including £50million from Europe.

Of this total, some £34million is ear-marked for projects aimed at stimulating local economic growth.

This will include developing tourism projects and highlighting Belfast’s success in hosting major events.

The council also intends increasing the amount of money it spends with local suppliers. At present, the council spends only 10% of its budget locally and it wants to increase this to 60%.

Deirdre Hargey says this will be “a significant boost to the local economy”, pointing out that Belfast City Council employs over 2,500 people and has an annual spend of upwards of £170million.

“We will finance our commitments through cash savings from our efficiency programme and by reducing our running costs.

“We also intend to strike the annual rate at 2.6%, keeping it below the rate of inflation, and this will be dedicated to supporting capital investment.”

To complement its own investment, the council is also pursuing European Regional Development Funds (ERDF) for a number of key projects aimed at building the city’s economic infrastructure.

The council aims to attract a £40million investment to supplement its £13million primer investment.

The projects targeted for these funds include:-

North Belfast will also benefit through a £9million investment in the Girdwood Community Hub. This will see the site of the former British Army base turned into a social and community facility that will benefit the people of one of the city’s most disadvantaged areas.

The investment programme also recognises the need to invest in local community facilities such as new pitches, playgrounds and the refurbishment and regeneration of local community assets.

As much as £75million is to be pumped into this, the physical investment, sector.

Sports facilities will be particularly targeted with these resources.

New playing pitches will be laid at Cherryvale in south Belfast, Woodlands in west Belfast, and Cliftonville in north Belfast as well as the Falls and Ormeau parks.

Gaelic sports, soccer and rugby will all benefit from this investment which will include new 3G hybrid playing surfaces, lighting, fencing and state-of-the-art changing facilities.

And in a boost for athletics in this Olympics year, up to £3million is being ploughed into upgrading the Mary Peters Track on the Upper Malone Road to bring it up to International Association of Athletics Federation specifications.

This work is to be carried out in advance of the 2013 World Fire and Police Games which attracts 10,000 competitors and as many as 40,000 spectators from around the world.

Two of Belfast’s more renowned landmark play-parks, at Dunville and Woodvale, will enjoy a makeover costing £4million. Pitches, play areas and space for community events are core elements of these plans.

Summing up the main objectives of the investment plan, Deirdre Hargey is emphatic about the need for “specific, targeted interventions” to ensure that people in all parts of Belfast have the opportunity to develop the skills necessary to apply for and secure jobs.

“We are particularly concerned about those young people — those between the ages of 16 to 24 — who have been badly affected by the economic crisis.

“We are determined to make this work in the interest of the citizens of this city who deserve better.”

SPEAKING to An Phoblacht’s PEADAR WHELAN after the public launch of Belfast City Council’s investment programme in the Waterfront Hall on Thursday 2 February, Deirdre Hargey outlined Sinn Féin’s strategic thinking behind the plan 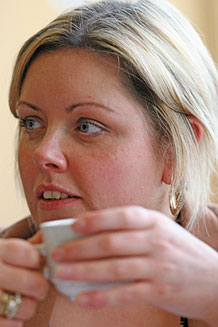 We wanted to show real leadership within the council and take practical measures in alleviating the effect of the cuts imposed by this Tory and Liberal Democrat Government,” the Laganbank councillor said.

“If we invest in communities and use the council’s budget to promote investment then we could demonstrate that there is an alternative to the austerity being imposed on people who can least afford it.

“This is what republican politics are about: putting people first. We also see this investment programme as something that can act as a morale boost for communities who are suffering from the present economic crisis.”

As chair of the Strategic Policy and Resources Committee, Hargey is the voice of the council plan. She explained how Sinn Féin harnessed the support of the other parties, especially the unionist parties, on the council for a strategy that needed the council to stretch itself.

“Essentially we convinced the unionists that this was about building communities through investing in them, and as they could see those benefits helping their communities it wasn’t that hard to get them on board.

“We were also able to persuade senior council officers and staff that this was a positive way forward and they have embraced the programme. We also met with council employees and they are also supportive.”

Hargey is keen to point out that Peter Bunting, President of the Irish Congress of Trades Unions (ICTU), backed the programme at its Waterfront Hall launch.

“As Sinn Féin councillors we are committed to tackling poverty and alleviating the hardship faced by people throughout our council area. We want to focus on the difficulties facing young people especially with the rate of youth unemployment being as high as it is.

“This investment plan has the potential to have a constructive impact on peoples’ lives and we will drive it through to the best of our ability.