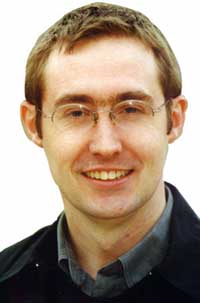 After months of discussion and debate, opinion polls and media analysis, the verdict of the citizens of France on the proposed Constitution for Europe is now clear.

In an unprecedented referendum, which saw over 70% of the French electorate participate, 55% of voters said 'Non' to the Treaty.

In the final weeks of the campaign, 14 separate opinion polls continued to give the No camp a marginal lead, with the final poll accurately predicting the actual outcome.

Yes campaigners continued to hope, right until the final minute, that the electorate were going to support the Treaty, even suggesting that they were deliberately lying to the pollsters to 'scare the government'

In the end, the No campaign won a decisive victory, which now casts a long shadow over the future of the Constitution.

Technically, the Treaty is not dead. Under the terms of the Constitution's own protocols, if 80% of member states ratify the Constitution, the Council of Ministers could press ahead. Indeed, as Britain was widely expected to reject the Treaty, this is probably what would have happened in such a case.

However, a decisive No from one of the EU's most enthusiastic founding members has a political significance that many are finding it hard to come to terms with.

For the moment, EU leaders are calling for 'a period of reflection', partly to minimise the impact of a French No on Holland, and also to buy time until the Summit in June, where the 25 heads of state will discuss where next for the Constitution process.

There are clearly three possibilities coming out of that June meeting. One is to scrap the Constitution completely, a demand which is currently being made by the Irish Campaign Against the EU Constitution and the Irish Green Party, however this seems unlikely.

The second scenario would be to proceed with the ratification process and leave the serious negotiations until a later stage, when the level of EU-wide opposition is clearer. EU leaders may be hoping that all other countries ratify the Treaty and as a consequence pressure is put on France to relent. However, this ignores the likelihood of a domino of Nos following the French result, including Holland, Luxembourg, Denmark, Britain and even Ireland. Equally, the size of the French turnout and No vote will make any second referendum in France extremely unlikely.

A final scenario is to attempt some form of interim renegotiation to make the Constitution more acceptable to the French. However, reopening any aspect of the Treaty would be very dangerous, as other member states would see it as an opportunity to raise other issues that could create more problems that it solves.

In short, the future of the Constitution is itself in grave doubt and it will be some time before we know what, if any, will be the next steps on what is already a rocky road.

Why the French said No

Alongside this story, which has been given widespread comment in the Irish media, stands an equally important one which has been largely ignored or mis-reported; that is, why the French said No. Many Irish journalists have repeated patronising interpretations offered by the Yes camp in France, with little thought or analysis.

The French were not voting on the Constitution but on the failure of the Chirac government is one favourite.

The French were voting on domestic rather than European issues is another.

Possibly the most offensive is the anti-Turkey or anti-enlargement argument that has been applied to both left and right in the campaign.

The No campaign in France needs to be understood in terms of a broad based, left of centre campaign against the detailed institutional, economic and social elements of the Constitution and their impact on France and the EU. Since last October, a loose coalition compromising of the left of the French Socialist Party, led by Laurent Fabius, along with the French Communist Party and smaller left forces like LCR, supported by trade unions, NGOs and campaign groups such as ATTAC, initiated a vigorous campaign highlighting the actual content of the campaign.

Francis Wurtz MEP from the GUE/NGL group in the European Parliament circulated over one million copies of his analysis of the Constitution.

The impact of this broad left campaign was to set the terms of the debate early and to force the Yes campaign onto the defensive. In response, the Yes side not only failed to offer any positive, constructive reasons to support the Treaty, but focused instead on a negative and emotional campaign aimed at discrediting the No side. Their campaign was reactive and negative from the start, as indicated by the significant lead in the polls experience by the No side from March of this year.

There is no question that domestic policies played a factor, including the issues of unemployment, protection of the welfare state and concerns over the dismantling of the French state pension provision. But to suggest that these issues are not connected to the current direction of policy at an EU level is bizarre. Rather, the No campaign effectively linked the present direction and difficulties of the French economy with policy at an EU level and argued, rightly, that the Constitution would accelerate these trends.

The consequences of this victory in France and across the EU are profound and political elites ignore them at their peril. The opportunity now exists in France for a significant realignment of the political left only months away from a general election. Across the EU, it represents a profound challenge to the governing orthodoxies, both at an EU and member state level.

If the ratification process continues, as seems likely, there is now a responsibility on all of us who share this alternative vision of the EU to ensure that the French No is followed by as many Nos as possible. We must increase our campaign efforts and learn from the French experience. A unique window of opportunity now exists, not simply to defeat this right wing Constitution, but to go much further and to organise and articulate a progressive, left of centre alternative to the failing neo-liberal consensus which dominates the thinking of our political elites.