"We are proud to represent our electorate" - Caoimhghín Ó Caoláin 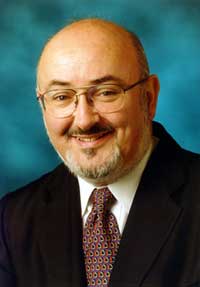 In the Dáil on Tuesday and Wednesday during Fine Gael Private Members time, the FF/PD Government, Fine Gael and the Labour Party indulged themselves in prolonged diatribes against republicans. Having finally cobbled together a motion they could agree on, Bertie Ahern and Enda Kenny united on their anti-Sinn Féin agenda. Here we carry the five-minute Dáil speech of Caoimhghín Ó Caoláin in response. Fine Gael refused a request to give some of their speaking time to Sinn Féin.

The motion before us in the names of Deputy Kenny and the Taoiseach is the third version of the Fine Gael motion placed on the Dáil Order Paper in the space of a few days. Fine Gael's inability to craft a motion for their own Private Members time certainly does little for their claim to be the government in waiting. Their ham-fisted approach reflects the bungling of their previous leadership in the peace process. It illustrates their failure to understand the complexities of the issues we all face.

My fellow Sinn Féin TDs and I are proud to represent our electorate and our party - a democratic party - in this House. We are here on the basis of our democratic mandate. Our party's negotiators have participated in every stage of talks and in every phase of negotiations on the basis of our electoral support and on that basis alone. Today we have the electoral support of well over a third of a million people in Ireland. We take very seriously the responsibility our electors have given us and our obligation to represent them effectively.

I wish to put on record, as leader of the Sinn Féin TDs, our absolute refutation of all the false accusations of criminality made against our party. As our amendment states, we reject criminality of any kind. I am not going to use my very limited time to address every false allegation thrown around this House and around the media. Those charges are not about criminality. They are not really about the IRA. They are not even about the peace process. They are about party politics in this State.

Charges are being made in a climate in which all the old opponents of the peace process have come out of the woodwork. These are the people who vilified John Hume and Albert Reynolds for taking risks for peace a decade ago. The present Minister for Justice was among the begrudgers at that time. His recent conduct shows that while he claims to have changed his mind, his heart is still back in the days of Section 31, internment without trial and the demonisation of the entire nationalist community in the North.

It is ludicrous to suggest that somehow Sinn Féin has been assisted to achieve increased electoral support by Fianna Fáil, Fine Gael, the Labour Party and the Progressive Democrats. What a joke! You have tried and are trying everything to stop us.

I would also like to ask what are the so-called concessions, or 'acts of appeasement' that have been referred to during this debate?

Was the lifting of the political censorship of the broadcast media a concession or an act of appeasement?

What elements of the Good Friday Agreement are now to be viewed as concessions and what elements do people who talk of appeasement want to see removed? The equality agenda? Human rights issues? The status of the Irish language?

Let me make very clear that we accept the validity of the institutions of this State. We will not accept lectures on that score from either side of this House. As far as the Government goes, the Minister for Justice should use his expensive time dealing with the real crime and anti-social behaviour that bedevils communities in this State rather than indulging his antipathy to Sinn Féin. He and his colleagues would do better in the eyes of the electorate if they addressed in a real way the social and economic inequalities they have allowed to fester in this prosperous economy.

Huge progress was made in this peace process last December. It is sad that so many in this House are so blinded by their anti-republican prejudice that they cannot acknowledge or understand the enormity of what the IRA was on the point of delivering at that time - including putting all arms beyond use by the end of 2004. Instead of building on that, the Governments allowed the agenda to be set by rejectionist unionism and thus created the impasse we have today. It was a repetition of October 2003 when David Trimble was allowed to rubbish the report of the IICD.

The Sinn Féin amendment says that the two Governments can and should proceed with the implementation of those elements of the Good Friday Agreement for which they are directly responsible. These include demilitarisation by the British Government, the full implementation of the Patten Report and a new beginning to policing, increased all-Ireland co-operation and a thorough re-commitment by both governments to the human rights agenda. We need to see full cooperation from the British Government with inquiries into collusion - including the Dublin and Monaghan bombings and the many other instances of collusion in this State.

I firmly believe we can put this process back on track. Sinn Féin is determined to fulfil our part of the collective responsibility to address all the outstanding issues including unionist reluctance to share power with nationalists and the issue of arms and armed groups. Let me make it patently clear - we oppose a return to violence by any armed group. We will also oppose any attempt to penalise our electorate, to treat them as lesser citizens, to impose preconditions on our participation in dialogue and negotiations, or to reduce those engagements to a one-item agenda.