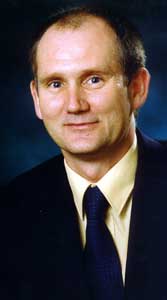 PSNI members visited the home of former Sinn Féin Councillor Seean Hayes in the Markets area of Belfast to warn him of an imminent death threat purporting to come from the Red Hand Defenders, a cover name used by the UDA.

Hayes was at home around 10.30pm on Monday 22 November when members of the PSNI told him the Red Hand Defenders, using a recognised codeword, telephoned the BBC warning him he was one of four individuals to be executed within 48 hours.

Speaking to An Phoblacht, Hayes said the PSNI told him four individuals, from Warrenpoint, Dungannon, Andersonstown and the Markets, respectively, were named in the threat.

"I will be writing to Paul Murphy asking how he can recognise the UDA ceasefire while they are still issuing death threats against nationalists," said Hayes, who said he was taking the threat seriously.