Up for sale again - Morgan calls for all-Ireland telecommunications strategy 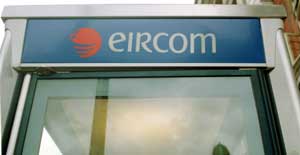 The proposed floatation of Eircom was one of the worst kept business secrets so far this year. The sale raises many questions, the primary one being how many times can the one company be sold? Then there is the question of who gains, who loses, and what are the government and regulators actually doing about it?

And if you thought that the scam of the Dublin Government selling Eircom to the taxpayers who actually paid for it in the first place was an incredible feat, hold on. The 1999 frenzy of hundreds of thousands of Irish households rushing to buy Eircom shares is set for a sequel.

Two weeks ago, media reports claimed that Eircom's board were set to sell Eircom shares on the stock exchange again. This week Eircom's board have acknowledged that the floatation is being planned for the spring. The disclosure has prompted considerable speculation from media pundits and market analysts as to where the billions will go.

Silent, though, on the matter is the Fianna Fáil/Progressive Democrat Coalition who presided over the debacle that the first Eircom floatation became.

In 1999, Eircom was initially valued at €808.6 billion, but share prices fell consistently after floatation leaving the 500,000 plus small Irish investors with a cash loss. Some money was recouped in the sale of Eircell to Vodafone and the eventual sale of Eircom to the Valentia consortium, which includes Tony O'Reilly's 5% share as well as that of international speculator and financier George Soros.

Valentia paid €803 billion for Eircom in 2001 and have garnered huge cash sums from it ever since. They sold the Golden Pages and the company's retail offices, pocketing €200 million for themselves in the process. Last year, the Valentia shareholders paid themselves a dividend of €472 million.

They have borrowed €2 billion to cover the costs of buying Eircom, so the company and its customers, that's you and me, are paying the cost of the acquisition by O'Reilly and his friends.

Now Valentia are planning to sell the company again, this time for a possible €4 billion. This means that the Valentia consortium will not only have the company carrying the cost of their original purchase, plus the handsome dividends they have accrued over the last two years, but they also get another multi-billion euro dividend after floatation.

It was nice the way the information leaked out in the same week that line rental costs increased again, up for the third time in a year. Meanwhile, we are still waiting much needed investment in broadband and other vital communication infrastructure and the Dublin Government's €140 million broadband investment strategy seems like very small beans indeed.

But this is only one half of the problem. Eircom has a near monopoly in the fixed line market, with 1.9 million customers. Privatisation was supposed to make this a more competitive company, more responsive to customers, more flexible and many other platitudes that clearly mean nothing.

Eircom's only strategy since 1999, has been how to make as much profits as possible in the shortest space of time, while the vital questions of how will we develop our phone network, which is as important for jobs as any other piece of infrastructure, remain unanswered.

We don't know, for example, how extensive will be the roll out of broadband services to rural areas and small towns. We don't know who, how, when or vitally for how much will the next stage in building the much needed fibre optic network that could actually create the digital island and the information economy that seems to be our best vehicle for economic growth on the island.

Eircom is promising investment expenditure of €200 million per year for the next five years in its network. For a company now to be sold for billions, this is not a lot of money. It seems that telecommunications in Ireland is business characterised by high profits and minimum investment.

Vodafone and 02 justify the high costs by the fact that Irish people text and talk more than any other European state or any region of North America.

"Even before the floatation issue we have line rental price increases, broadband access problems, no all-island agenda, unfair roaming call charges, and the highest mobile costs in Europe. The Minister and the regulators must act and come up with a realistic strategic development plan for telecommunications in Ireland. This needs to be an all island strategy that creates a one island seamless network."

One of the other winners from the Eircom sales and floatations are the workers and the 13,000 members of the ESOT trust that manages a 29.9% share in Eircom.

ESOT have set up an array of quite legitimate share deals that have enriched the workers. €199 million has been paid to its members since 2001, including most of the Vodafone shares received from the sale of Eircell and also preference shares that were part of the Valentia deal.

ESOT has still to hand out another €6 million worth of Vodafone shares and some €70 million in cash, while still retaining 29.9% stake in Eircom, which could be worth something in the region of €1 billion.

So if the workers seem to be doing ok, who is protecting the consumers' interests? That falls to the Government and the regulators COMREG.

This week, COMREG are finally getting to grips with Vodafone and O2, telling them they have to open their networks to competition. This, though, is small beer. We are down then to depending on communications minister Dermot Ahern, who this week has said he would intervene on the issue of Eircom's proposed line rental price hike. We are told that he has "intervened in this area before, and he isn't afraid to do so again. In the meantime he will see what options are available to him and what can be done."

The reality is that Ahern hasn't grasped any of the telecommunications issues and in the 'real' meantime, more money will be made from Eircom yet again and we will once again be paying for it.