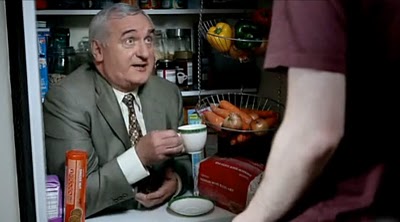 AN PHOBLACHT can't claim Rupert Murdoch as a friend. Recent proof is the removal of our enhanced Bertie Ahern News of the World ad – Take 2 from YouTube on copyright grounds (1,300 views in 24 hours wasn't bad, though).

The News of the World – like the Sun, and Times, Sunday Times, BSKyB, Fox TV and the Wall Street Journal – are all either wholly owned by Murdoch's News Corp or are, in the case of BSkyB, the dominant shareholders. Murdoch's tentacles stretch much further but that merits a much longer article.

We know we are not on the Murdoch Christmas card list John Kasich is. The former congressman and Fox News host is now running on the Republican ticket for governor in Ohio. Murdoch has given a $1million donation to the Republican Governors’ Association to help Kasich win.

I wonder what Sarah Palin will find in her Christmas stocking if she runs for the presidency in 2012? She too is an occasional Fox News host.

The coming congressional elections in the United States are set to mark the highest election spend of any campaign in the history of the USA and Republicans have been fund-raising at an extraordinary pace. The Guardian newspaper estimated this week that over $5billion will be spent by polling day on November 2nd.

We knew too that we were not in the same sphere as Andy Coulson, the former News of the World editor, now British Prime Minister David Cameron's Director of Communications. I bet Andy could do a spoof News of the World ad and Rupe would let it ride. 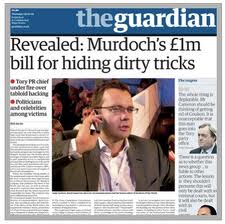 Andy is still under pressure to explain fully the role he might have played in the systematic, illegal hacking of the phones of British politicians and a range of other public figures and celebrities.

Despite being defended by Tory leader David Cameron, it is unclear how Coulson (who has denied any knowledge of the phone hacking) will explain new allegations by former journalists at the paper that he “personally listened” to the intercepted phone calls.

Poor Rupe. Just when he wanted to become 100% owner of BSkyB, for which he needs British Government approval, one of his loyal lieutenants is strategically placed at the heart of Downing Street, he now has an growing chorus of calls for Coulson's resignation. I wonder if Andy Coulson is still a Murdoch friend too?