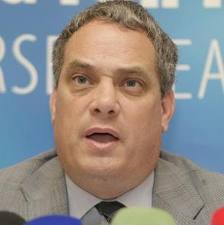 Sinn Féin Social Protection spokesperson Aengus Ó Snodaigh TD said his party would not be part of a consensus for “savage cuts, further deflation and unemployment”.

The Green Party’s John Gormley and Eamon Ryan are looking for a group hug with the other political parties to ease their consciences as they prop up Fianna Fáil and their disastrous economic policies.

Sinn Féin will not be part of a consensus based on this Government’s economic strategy which has done so much damage already and is set to do much more.

We will not follow Fine Gael and the Labour Party who have already weighed in behind the Government’s deficit reduction target of 3% by 2014.

The last such ‘consensus’ we had was when Fianna Fáil, Fine Gael, Labour and the Greens joined together to support the second Lisbon Treaty referendum, asking people to ‘Vote Yes for Jobs’. Where are the jobs?

Sinn Féin recognises that the deficit caused by the disastrous policies of the Government has to be reduced but the plan to reduce it by 2014 by imposing savage cuts will be hugely damaging. It will deflate the economy, increase unemployment and worsen the recession.

We need a different strategy and a longer timeframe.

We want a realistic deficit reduction strategy based on a fairer tax system, investing in jobs and eliminating wasteful public spending.

The first step to real change is a general election to let the people decide and it should be held sooner rather than later.