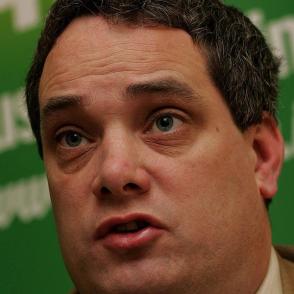 SPEAKING  after attending the Irish Congress of Trades Unions rally at the Dáil today in opposition to cutbacks, Sinn Féin spokesperson on Social Protection Aengus Ó Snodaigh TD said Sinn Féin is the only voice in the Dáil that is opposing cutbacks.

Both Fine Gael and Labour have signed up to cutting €3billion out of the economy annually for the next three years up to 2014.

During this Dáil term we will continue to give voice to those who will be the target of this Government’s cutback policies.

Just this morning I had a motion passed at the Oireachtas Committee on Social Protection which calls on Minister Ó Cúiv not to cut disability or one-parent payments for CE scheme workers in the upcoming Budget. I hope the minister will take heed of this motion.

Sinn Féin does not buy into the rhetoric that there is no other option but to slash and burn our way out of recession and we have shown how billions of euros can be raised to invest in an economic stimulus plan that would reduce the deficit while building sound economic foundations for the future.