Remembering the Past - Centenary of executions 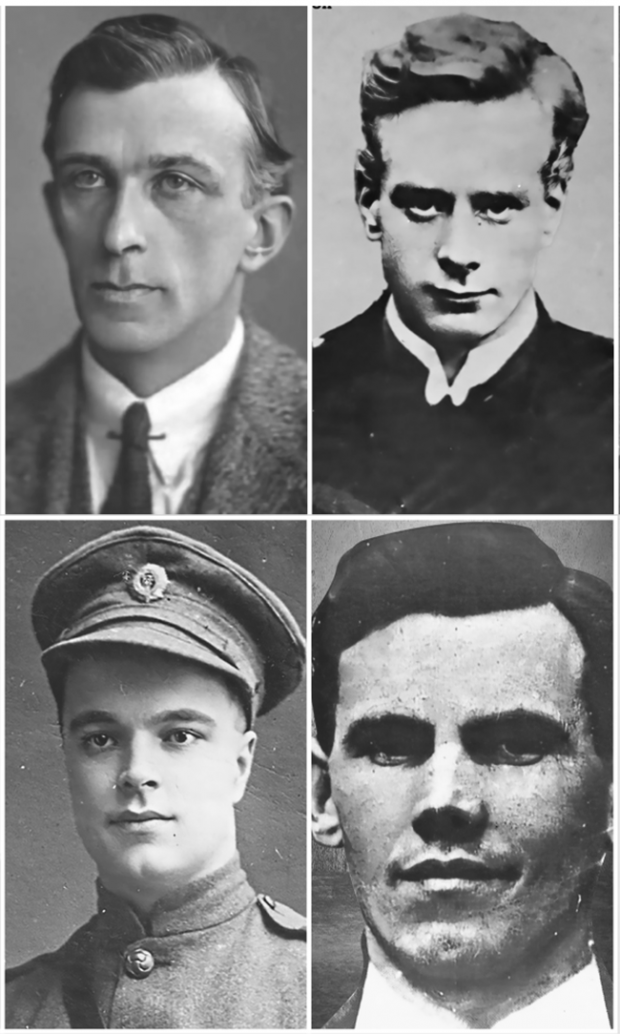 The new Irish Free State of 26 Counties officially came into existence on 6 December 1922. Two days later on 8 December its government committed an act that was to define its treacherous nature in the eyes of Republicans for many years - the execution of Liam Mellows, Rory O’Connor, Joe McKelvey and Richard Barrett in Mountjoy Jail.

Exactly a year after the Treaty was signed the Governor-General, Tim Healy, representative of the King George V of England, summoned the Free State parliament and its members took the Oath of Allegiance to the king. The next day, 7 December, the ‘Northern Ireland’ Parliament in Belfast confirmed its refusal of the option to join the Free State and its boycott of the Boundary Commission. The latter had been presented by Michael Collins and Arthur Griffith as the way in which Partition would be ended.

On that same day in Dublin an IRA Volunteer shot two members of the Free State parliament, killing Seán Hales, who was also a serving Free State army officer, and wounding Pádraig Ó Máille. By this time the Free Staters had already executed eight Republican prisoners in their jails under the emergency powers they had adopted in October. In response to that law the IRA Chief of Staff Liam Lynch had issued a statement saying that members of the Free State parliament who voted for the legislation would be held accountable. 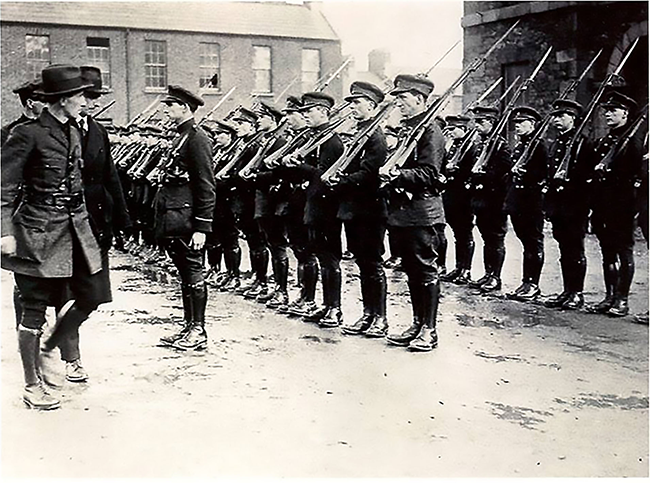 The Free State cabinet met and on the proposal of Richard Mulcahy, seconded by Eoin Mac Néill, they decided on an act of reprisal. Four Republican prisoners were to be executed without even the pretence of a court martial.

The four men chosen had all been in Mountjoy since the fall of the Four Courts at the end of June. They had no hand, act or part in the killing of Seán Hales. They were Rory O’Connor, Liam Mellows, Joe McKelvey and Richard Barrett. The reason they were chosen is not documented but it has been assumed that it was one prisoner from each of the four provinces. However, the biographer of Liam Mellows, the late Desmond Greaves, made the point that it was their seniority of leadership and inside knowledge at that level during the Tan war and after which sealed their fate.

The four men were ordered to move from their cells without being told what awaited them. As Peadar O’Donnell relates in ‘The Gates Flew Open’, they thought they were being moved to another prison or even sent overseas. It was only when the four were separated from their comrades were they told they were to be shot at dawn.

In the short time they had left the four men  wrote final letters. Rory O’Connor wrote:

“I stood and stand now for the Independence of Ireland. I have felt it so utterly dishonourable to accept a Treaty bringing Ireland into the Empire that I could not continue with my former comrades.”

To his friends the Hearns in New York, Liam Mellows wrote:

“Well, I shall die for Ireland - for the Republic, for that glorious cause that has been sanctified by the blood of countless martyrs throughout the ages, the cause of Human Liberty. The Republic stands for truth and honour - for all that is noblest in our race. By truth and honour - by principle and sacrifice alone will Ireland be free.”

Joe McKelvey wrote to his mother:

“I feel very much the fact that it is my own countrymen who have sentenced me to death, but, I pray to God that by the deaths of those of us who are to be executed by these men, it may open their eyes to the dreadful crime and wrong against their better nature, against everything we hold dear, and at the bidding of our old enemy, England, waging such relentless war against the Republic which once they would have died to uphold.”

Writing to his family, Richard Barrett referred to his comrades:

“I presume that these three great men will pay the full penalty for loving Ireland. They will be a great loss to the cause of Irish freedom. They too, like me, regret that the executioners should be Irishmen. In the past they were English but the cause is the same, holy and triumphant.”

To his relatives at Kinsale Junction, Barrett wrote: “I am prepared to die and glad that I die in the same cause as Tone, Emmet, Pearse and Charlie Hurley”.

The executions were delayed as a Catholic priest attending Liam Mellows argued with him and he did not receive absolution and communion until after the prisoners attended mass. They were then brought to the prison yard to face the firing squad. It emerged later that the execution was botched. Most of the firing squad shot at Rory O’Connor whose clothes were set alight. 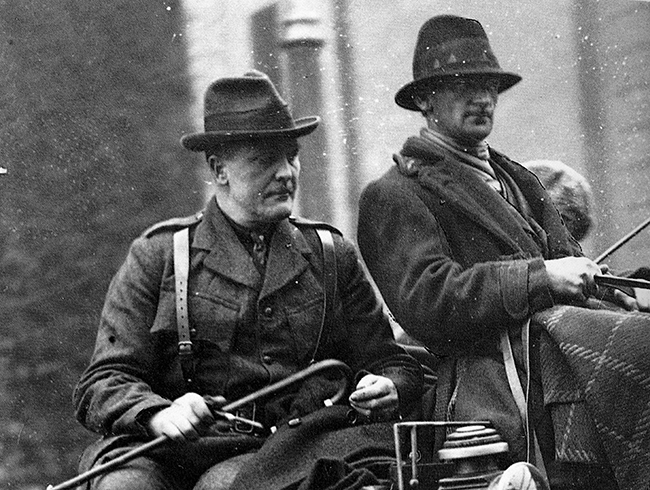 The family of Seán Hales were horrified at the executions. They wrote to the press:

“We view with horror and disgust the execution of the four Irishmen Richard Barrett, Liam Mellows, Joseph McKelvey and Rory O’Connor as a reprisal for the death of our dearly beloved brother, and we think it is a criminal folly to believe that such methods will end the strife in our land; and we are of the opinion that reprisals on either side will only increase the bitterness and delay the reconciliation that all patriotic Irishmen long and pray for.”