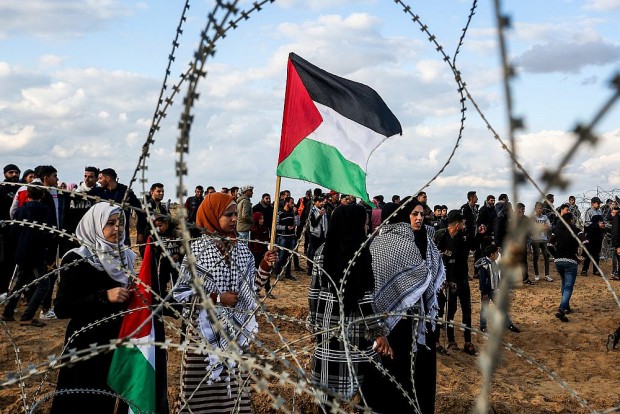 It is time for the international community to act: To end the siege of Gaza: To end the occupation: To end the apartheid: For the world to finally stand up for the Palestinian people.

On this day, 29 November 2022, another International Day of Solidarity with the Palestinian People will come and go.

It will of course be well supported, and that is hugely important. But in the following days and weeks Palestinians will continue to be the victims of extreme oppression and violence.

The suffering experienced by, and imposed upon, the Palestinian people living under occupation, siege and exile has been comprehensively documented by authoritative international organisations like Amnesty International, and by renowned global human rights experts, such as United Nations (UN) Special Representative, Professor Michael Lynk.

Their reports have all found the Israeli state’s occupation of Palestine, and its policies and actions, as crimes against humanity, and as constituting a system of apartheid.

It is an incontrovertible fact that the siege of Gaza, with its objective of attempting to make this part of Palestine uninhabitable; and the annexation of the West Bank and East Jerusalem, all directly violate international law, the Geneva Convention of 1949, and successive UN resolutions.

These are matters of fact.

The 16 years long siege of Gaza is a colossal humanitarian and political crisis. 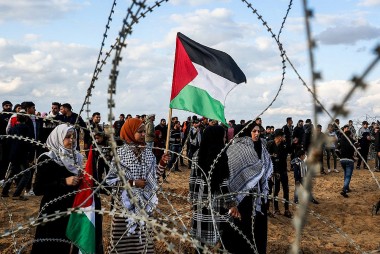 The denial of access to clean water, consistent electricity, power and energy supplies has a catastrophic effect for the lives of Gazans; young and old; male and female; able-bodied and disabled people.

The social and economic repercussions are incalculable.

The consequences of the siege for the mental health and well-being of all Gazans will be intergenerational.

There can be no political or moral defence for what is happening in Gaza.

And there is no political or moral defence for international inaction.

The lives of almost 2 million Palestinians are being destroyed on the Gaza Strip in plain sight of the global community.

Since 1967, older and younger Palestinians have never enjoyed normal childhoods.

That is an absolute travesty.

The Palestinian people have been denied their right to democracy, to self-determination, to political stability, and the right to live in peace.

The 1998 peace settlement in Ireland created a new future for later generations.

In Palestine, there is no peace process – only apartheid and military occupation.

The siege of Gaza; land dispossession; home demolitions; summary executions; mass detentions and torture; incursions at Al Aqsa Mosque; and, systematic discrimination against Palestinians within Israeli state borders, are all synonymous with the repression of the Palestinian people.

Veterans of the South African anti-apartheid struggle readily acknowledges the use of apartheid against Palestinians is even more draconian than what was imposed upon them. 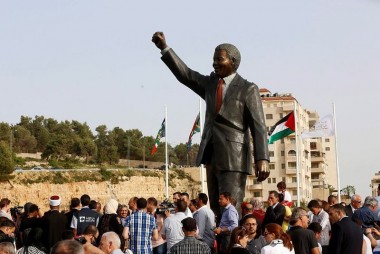 In all aspects, Israel is violating international law.

And yet, the scale of atrocities is met with international inaction.

Ritualistic condemnations are not good enough. Palestinians need more than ‘tea and sympathy’.

The reality is that no equivalence exists between the actions of the oppressor and the oppressed.

The need for a global anti-apartheid movement to support Palestine has never been more urgent.

A tipping point has been reached, and the world now has a decision to make:

To stand with the oppressed, or not:

To demand enforcement of international law, or not.

Failure to act is no longer an option.

We have called on the current Irish government to use its position on the UN Security Council to pro-actively campaign for a just settlement, based on international law, which guarantees the Palestinian right to independence and statehood.

We believe that refusal by the Irish government to support the Occupied Territories Bill, which it has stalled in the southern Irish parliament, is to effectively acquiesce before the demolition of Palestinian homes and the expulsion of families.

In our view, Irish government reluctance to formally recognise the state of Palestine has no credibility.

The right to a viable democratic Palestinian state should be recognised by it, and the European Union (EU).

A diplomatic and political strategy is needed to build support for that position.

An Irish government should lead on the achievement of this objective. It should also be proactively pursued by the UN.

It is long past time for the Irish state’s policy on Palestine to change.

And, if not now, then it will change under a Sinn Féin-led government. 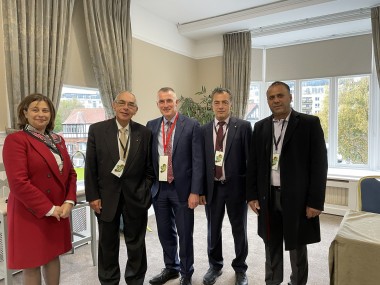 An Irish government should give leadership on the global stage to demand co-ordinated international action in support of Palestine.

The recently announced national unity accord in Algeria is a significant development and to be commended.

It is imperative this agreement is consolidated and sincerely embraced by all Palestinian political parties and movements.

Sinn Féin’s hope is that the Palestine Liberation Organisation can become the fully representative body of all Palestinian political forces.

As historic allies of the Palestinian people, Sinn Féin believes that the only way forward is one based upon maximum national strategic unity and political unity among all Palestinians.

This is the advice which we consistently share with the leaders of all political and civic forces.

A global anti-apartheid movement was indeed essential to dismantling apartheid in South Africa.

But the political direction and effectiveness of the South African anti-apartheid campaign relied upon the united strategic leadership of the African National Congress (ANC) and the tri-partite alliance.

National unity and political cohesion within the South African struggle for democracy and freedom, was a decisive prerequisite to progress, as it has been in Ireland.

There is no alternative to developing strategic common ground in the greater national interest.

The national democratic priorities of the people must always have primacy.

Sovereignty of the people must be the guiding light. 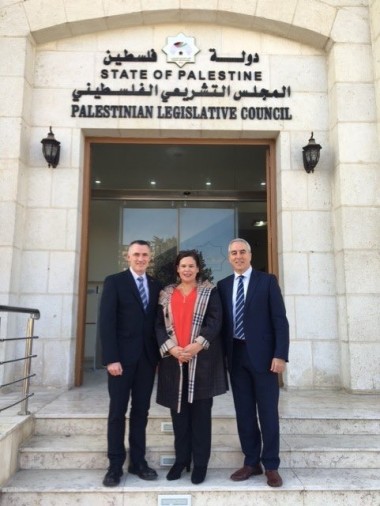 Advancing the national, democratic, and human rights of Palestinians within the international community does indeed require a global anti-apartheid campaign - one which matches the success of South Africa.

However, the pre-requisite to that will be the achievement of Palestinian national unity.

That means all Palestinian leaders in Gaza, Ramallah, Jenin, Hebron, East Jerusalem, Haifa, and within the diaspora, coming together, speaking with one voice, and acting in strategic co-ordination together.

Palestinian national unity and cohesion is the key to unlocking international indifference and inaction.

It will provide the international community with the most powerful incentive to embrace the cause of Palestinians; in the same way as the world was eventually compelled to act against the injustice of apartheid in South Africa.

There are no shortcuts to mobilising international diplomatic and political opinion.

Palestinian national unity is the only way to make that happen: To change the balance of forces: To make the legitimacy of the Palestinian people’s cause an irresistible international imperative.

In the meantime, Sinn Féin will continue to play our part in supporting that approach.

We know which side we are on.

It is time for the international community to act: To end the siege of Gaza: To end the occupation: To end the apartheid: For the world to finally stand up for the Palestinian people.