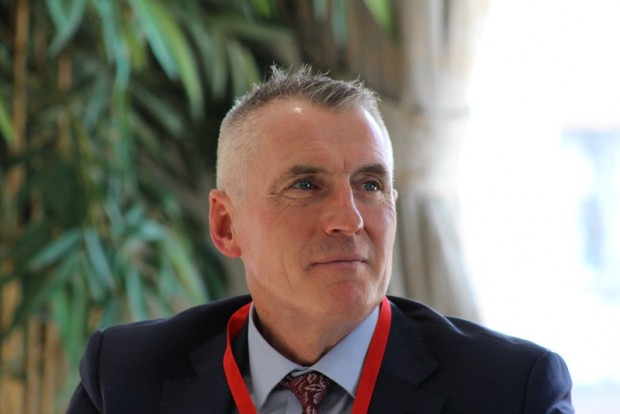 I listened recently to a southern Irish politician speak about the need for Irish nationalism to make bigger compromises to accommodate political unionism.

His lazy comment completely missed the fact that Irish nationalists and republicans compromise every day within the framework of partition and the existing northern state.

Guaranteeing the eventual right to self-determination, through consent, was the fundamental compromise for Irish republicans in the Good Friday Agreement (GFA), while also guaranteeing equality and human rights protections and parity of esteem towards our national identity and Irish language and culture.

The current political landscape has been changing dramatically. That is a good thing.

A new conversation about progressive change is happening. Constitutional change is now on the political horizon. Domestic and international opinion can see that.

Some, for narrow electoral and political reasons choose to ignore the new realities; to construct diversions, and seek to slow down, and even frustrate the need to plan and prepare for reunification.

It makes no sense to stall on the establishment of an all-island Citizens’ Assembly, which would consult upon and advise on the key milestones underpinning an orderly political transition towards Irish unity.

The DUP and an extremist unionist minority, including paramilitaries, supported by right-wing Tories in Britain are embarked on a much more reckless agenda.

Many of them know rationally that the game is up; that the days of dominance, exclusion, and inequality are over; and, that even more democratic transformation within politics and society here is inevitable.

But their default position is, as it always has been, to push back with tactics designed to whip up hysteria and fear.

They have seized on the Protocol as a proxy to do so; relying upon a fake news narrative of lies and distortion, which comes straight out of the ‘Trumpian’ playbook.

The Protocol has been weaponised to oppose change, to stem fragmentation of the DUP’s electoral base, to undermine the GFA, and by extension block access to the provision which allows for a referendum on self determination within the peace settlement.

Since May opposition to the Protocol has been used as a pretext for the DUP’s refusal to accept the democratic outcome of the Assembly election and appointment of a Sinn Féin First Minister.

With cover provided by successive Tory governments and British Secretaries of State, the DUP is pursuing an incendiary wreckers charter. It relies upon demonisation, the creation of targets, and the newly stoked up volatility among unionist paramilitaries.

The approach is calculated and deliberate.

The role being played by unionist paramilitaries in openly discussing their withdrawal of previous support for the GFA is alarming, given the instability of these still armed groups, which do not possess cohesive leaderships; and, are now effectively narco crime cartels, but yet continue to actively recruit young, disaffected unionists.

This is why the targeted vilification of Professor Colin Harvey is so sinister. It is a fascist like attempt to silence the intellectual capacity which he brings to the debate on constitutional change and human rights. But it also evidences an insidious campaign to intimidate and terrorise those involved in the Irish unity discussion which is growing in momentum throughout civic society, especially within academia, and among those from cultural protestant and civic unionist backgrounds.

This toxic counter strategy is being orchestrated at a time of demographic and societal change, and electoral realignment north and south. 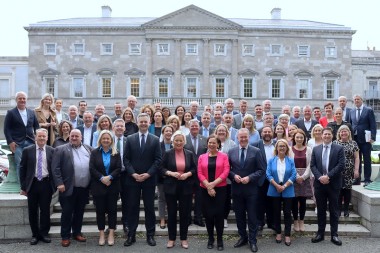 It is no accident that it’s happening at a time when Sinn Féin has emerged as the largest political party in Ireland; positioned to lead the power sharing administration in the north, and to become the lead party of government in the south of Ireland.

Political unionism and the British system are now confronted with realities which Ireland’s partition was meant to permanently prevent.

Instead of politically and pragmatically navigating these new circumstances the DUP has become cheerleader for a negative backlash which carries within it the ever present potential for the law of unintended consequences creating an even worse situation.

The irresponsible and chaotic positions taken by the Tory government and the immediate absence of a clear plan to restore power sharing in the north, and stabilise the political process, runs the risk of opening up a vacuum.

So republicans, nationalists and other democrats do need to think carefully about managing the short and longer term future.

We need to consider how to progress the conversation which has started about a new way forward for our island.

There is a new future for Ireland to be authored. One which is positive, progressive, inclusive, anti sectarian, and multi cultural.

We need to prepare and plan for that.

The direction of travel is obvious. Irish reunification will follow on from a future unity referendum, and then ultimately as a result of negotiations.

The political transition from now until that point will be phased and incremental.

Those of us who will vote for Irish unity need to reach out and engage with the undecided, and indeed those who may vote against constitutional change in a referendum.

In the final phase of negotiations on new constitutional and democratic arrangements there will have to be compromises and accommodations.

We will all need to be flexible and generous with, and towards each other.

That’s why there is a compelling logic for the immediate establishment of an all-island Citizens’ Assembly, to begin framing discussions between political and civic stakeholders on the way forward. 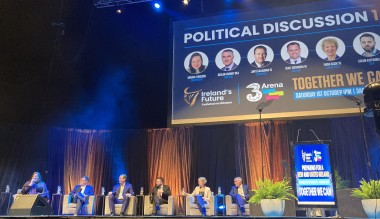 The ‘Ireland’s Future’ 3Arena conference in Dublin last month illustrated the significance of what is already happening, and the momentum for Irish unity.

It was unprecedented for ten of Ireland’s main political parties, and five party leaders to collectively engage in a discussion about the future under one roof: And, significantly, to agree that we all need to begin managing the process of constitutional change.

That is a hugely important development. Planning for change should be common ground. It is bigger than narrow party differences. It’s bigger than any single political party. It needs to be expanded and built upon.

Cooperation between parties; looking to the bigger picture; working together in the greater national interest must be paramount.

Political unionism, and yes, even the DUP, needs to be involved; to represent its interests and help shape the process from its political perspective.

That is what the DUP leadership should be doing, instead of manufacturing a phony culture war, while retrenching behind a sectarian barricade and trying to deepen communal tensions.

The momentum for political change across Ireland cannot be stopped now.

The unionist electoral majority has gone, and the unionist veto is in the past.

That doesn’t mean Irish unity is inevitable, but it has become one of the most dominant and defining public discussions north and south.

It makes sense for everyone to be involved.

Irish government indifference and hesitancy should be replaced with a constructive, phased road map for reunification of the island.

Political unionism should become involved and start influencing the nature of constitutional change in Ireland. Attempts to change the ground rules or renegotiate the GFA will not work, regardless of the stunt by the DUP’s Ian Paisley in Westminster last week to try and promote a ‘super majority’ referendum bill.

It will mean looking forward with a leadership which is positive, confident and recognises that an agreed, and new Irish national democracy provides the best framework to constitutionally guarantee the civil, religious liberties, traditions, and democratic rights of unionist citizens.

This is a time to manage, not to deny change.

The new Ireland must be for everyone.