Four lads from the Liberties

Remembering the Past: Centenary of first Free State prison executions 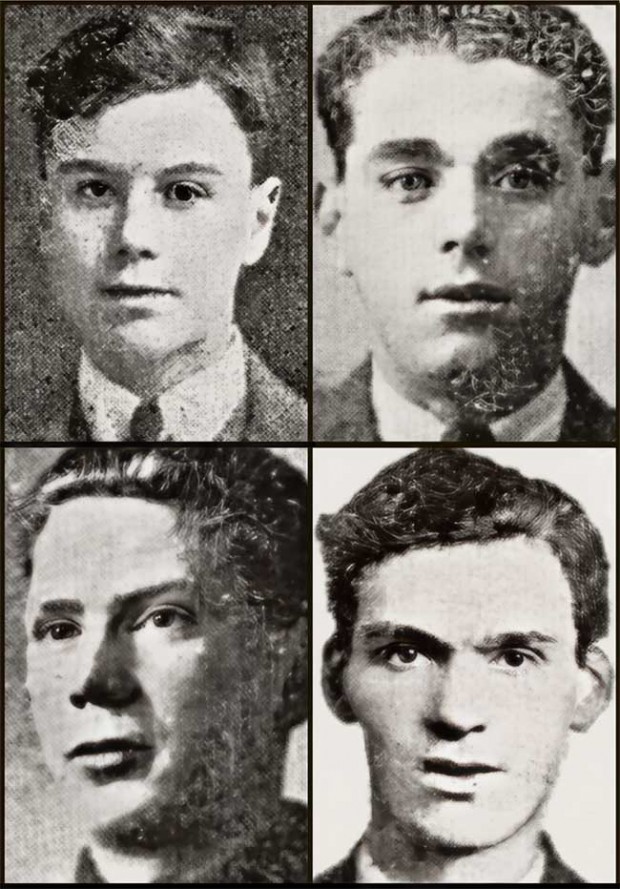 The Free State regime carried out the first prison executions under their new coercive legislation when four young men from the Liberties in the south city faced the firing squad in Kilmainham Jail, Dublin, on 17 November 1922. They were Volunteers Peter Cassidy, James Fisher, John Gaffney and Richard Twohig of the IRA’s Dublin Brigade.

In a military proclamation of 10 October the Commander-in-Chief of the Free State Army Richard Mulcahy had set out the draconian ‘Special Emergency Powers’ granted to his army by the Free State government. Military Courts were set up to try prisoners on a wide range of charges including attacks on Free State forces and possessions of weapons and ammunition. Crucially, the military courts were empowered to impose the death sentence for any of the offences listed. This was to be used between November 1922 and May 1923 to execute 81 Republican prisoners.

The four young Volunteers were each arrested in possession of revolvers and were tried by military court on 8 November. They were sentenced to death. They were held in Kilmainham Jail where 14 of the 1916 Rising leaders were held before they were executed in the prison yard. But the Free State exceeded the British Army in callousness as they did not officially inform the young men’s families that they were to be executed nor allow family visits, as the British had done in the same prison in 1916.

Peter Cassidy (21) and John Gaffney (20) were boyhood friends and neighbours, both from Usher Street near the south quays. They worked together in the Dublin Corporation Electric Lighting Department and had served in Fianna Éireann and the IRA during the War of Independence, and remained with the anti-Treaty IRA.

James Fisher at 19 was the youngest of the four and from Echlin St. Buildings, James Street. His last letter clearly expresses his anguish at not being able to see his mother for the last time and ends: “I am to die for Ireland.” Richard Twohig (20) was from nearby Connor Buildings, James St. Harbour. In his last brief letter to his mother he wrote: “I hope Ireland will be free soon.”

The confirmation of the death sentence in these four cases was very significant. Already Erskine Childers had been arrested and the Free State government was determined to see him executed. They had vilified him as a “damned Englishman”, words first used by Arthur Griffith, and they deliberately exaggerated his role in the IRA, falsely accusing him of directing the anti-Treaty campaign when in fact his role was purely as a publicity officer. The only thing they could charge him with, however, was possession of a small handgun, a gift from Michael Collins. It is believed by many that the Free State government wanted the four young Volunteers executed first under the new laws in case the government was accused of personal animosity to Childers. This is supported by a later statement by Free State Justice Minister Kevin O’Higgins.

The four Volunteers from the Liberties faced the firing squad at dawn on 17 November. An account given by Cahir Davitt, Judge Advocate-General of the Free State Army, from a witness who saw the execution, states that the firing squad were all “young and somewhat raw” and “naturally disliked what they had to do and were somewhat upset”. Three of the Volunteers were killed by the volley of shots but the fourth was not. The officer in charge at first seemed to indicate he would call an ambulance but then realised his position and administered the ‘coup de grace’, a shot to the head of the unconscious but still living prisoner.

This system of executions which began 100 years ago this week was to continue for another six months.