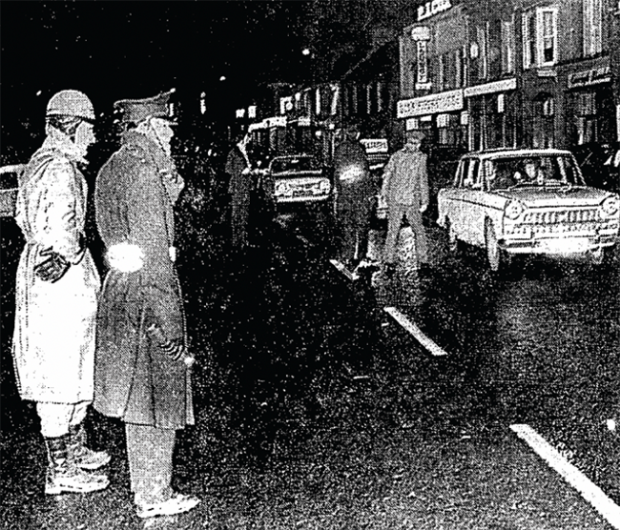 Dogs out on Curragh after escape' was the lead headline on The Cork Examiner the day after an audacious jail break by seven republican POWs on Sunday 29 October 1972. The escape coincided with the Sinn Féin Ard Fheis which was taking place in Liberty Hall, Dublin the same day.

The men escaped by digging a tunnel from one of the cells in the military detention centre based in Co. Kildare.  The facility at The Curragh, also known as 'The Glasshouse', had been designated a civilian prison in May that year following riot damage at Mountjoy Jail in Dublin.  There were 33 republican prisoners held there just before the escape happened.  Amongst those incarcerated there in 1972 were Kevin Mallon (Tyrone), Tommy McMahon (Monaghan), Mickey Walls (Toomebridge), Joe O'Connell (Clare), Liam Fagan (Louth), and Pat Lynch (Monaghan).  The late Martin McGuinness was subsequently imprisoned there in December, after the escape had happened.  Some of those involved in the escape had been on hunger strike to be recognised as political prisoners for nearly four weeks in the months just before the daring breakout occured.

In deciding who would be on the escape, preference was given to those with lengthy time to run on their sentences.  The seven men who got away were Paddy Carty (Dungannon, Co. Tyrone), Michael McVerry (South Armagh), James Hazlett (Dungiven, Co. Derry), Tommy 'TC' Corrigan (Dungannon, Co. Tyrone), Colm Murphy (South Armagh), Christopher Murphy (Rathbane, Co. Limerick) and James McCabe (Rathfarnham, Dublin).  Tragically, Paddy Carty and Michael McVerry lost their lives whilst on active service in June and November the following year respectively.  James Hazlett passed away in Dublin in June 2022. 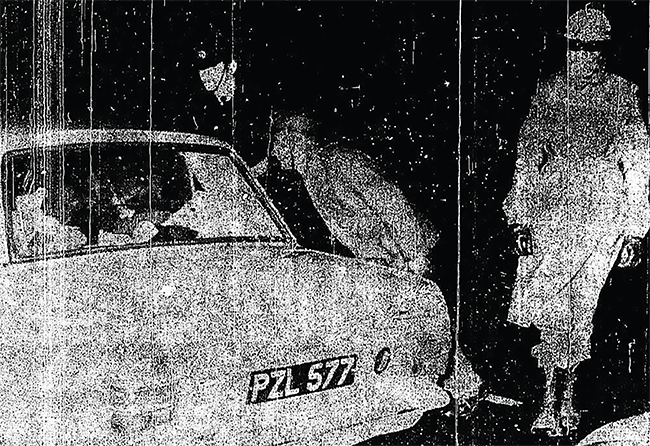 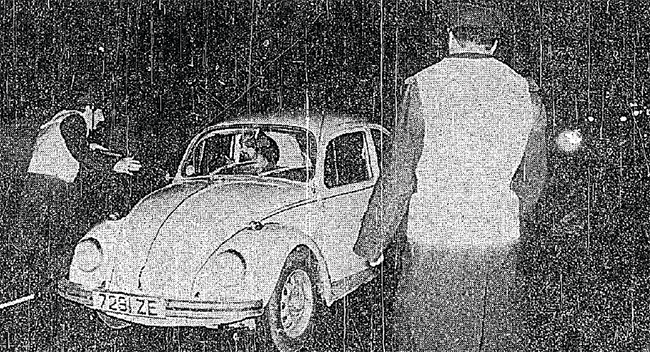 • Armed Gardaí and military personnel on the hunt for the Curragh escapees manning roadblocks in Newbridge and Naas, Co. Kildare.

The U shaped tunnel took nearly 8 weeks to construct. Military Policemen (MPs or ‘red caps’ as they were more commonly known as) at the camp actually feared that there could be an escape bid by the republicans being detained there and often drove tanks around on the clay within the compound to try and sink any tunnels that might exist.  Then they brought in carpenters to start lifting floor boards randomly to check for anything untoward.  The prisoners could see all this and when they saw the rather sizeable gap that existed between the floor in their cells and the ground beneath it, this is how the escape plan was hatched.

Using improvised tools such as spoons and chisels, the men started a dig from one of the cells in early September.  A rigid lampshade was used to scoop the clay out of the tunnel and it was put in to pillow cases.  These clay laden pillow cases were then stored in the void between the earth and the wooden floor in the prison cell.  One prisoner at a time would spend a couple of hours a day working down in the tunnel and a bed was placed over the hole in the cell where the tunnel started.  The tunnel itself was nearly 8 feet deep and about 12 feet long.

At approximately 4:45pm on Sunday 29 October, the prisoners put their escape plan into action.  The men got down into the tunnel, crawled through the 18 inch square shaft and came up in the middle of the yard.  A Military Policeman had to be overpowered and then the escapees scaled a 15 feet wall using a makeshift ladder made from sheets and blankets. 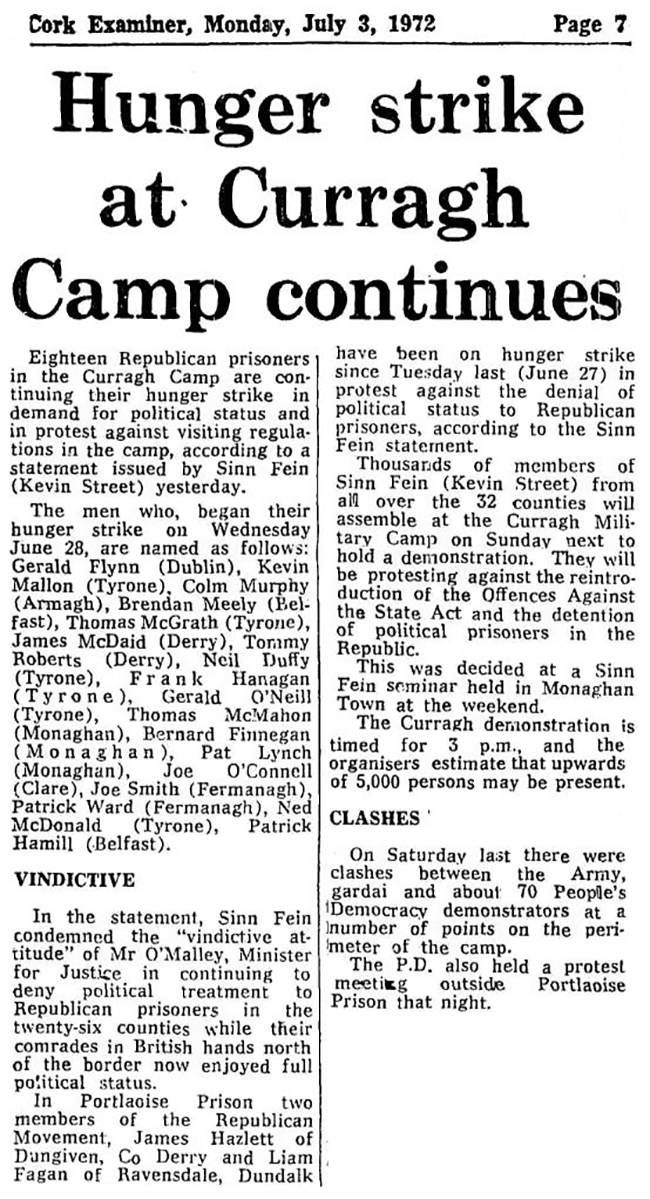 There was panic and consternation within the compound immediately after the breakout with the camp siren sounding incessantly.  The prison governor Gerry Enright was informed immediately as were Minister for Justice Des O’Malley and Taoiseach Jack Lynch.  Massive Garda and military searches complete with armed roadblocks were set up in Naas, Newbridge and all over Kildare and nearby counties.  Off-duty troops were called out to form search parties but all their efforts were in vain. All seven got away.

The escape proved to be deeply embarrassing for the government and was a fantastic propaganda coup for the republican movement at the time.  It was front page news on all of Monday’s main newspapers.  The Irish Press led with ‘Hunt for 7 Curragh escapees’, The Irish Times headlined with ‘Seven Break Out of Curragh Camp’ and the Irish Independent went with ‘Seven tunnel way to freedom from Curragh’.  It was a forerunner to other bold escapes in the 26 counties that followed shortly thereafter with the Mountjoy helicopter escape happening almost exactly 12 months later and the mass breakout by 19 republican POWs from Portlaoise occurred in August 1974.

The 50th Anniversary of the tunnel Escape from The Glasshouse occurs on Saturday 29th October 2022.