The End of Partition: Planning for Ireland’s Future by Declan Kearney 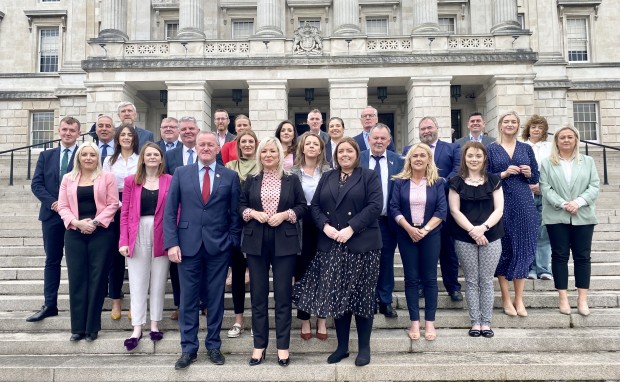 "The moment has now arrived to prepare the transition to the next phase of the peace process, and to begin planning for self-determination, constitutional change, reunification, and national reconciliation"

Sometimes decades of political change can happen within periods of months.

That’s one way to characterise developments in Ireland over recent times.

One hundred years after the one party 'orange state' was politically and socially engineered in the north of Ireland to maintain an in-built unionist majority, all the evidence confirms that partition has entered its end phase.

Sinn Féin’s support levels in the southern Irish state are now at an all-time high according to successive opinion polls. The party is arguably positioned to lead the next government in Dublin.

Arising from the 5 May Assembly Election results, the party is poised to lead the power sharing coalition in the north when, and if, the institutions are restored. Sinn Féin is now confirmed as the largest party in Ireland, north and south. 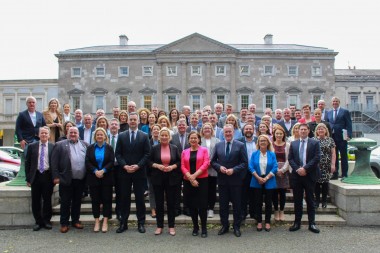 The political landscape across Ireland has dramatically realigned, in parallel with the growing momentum for constitutional change.

The prospect of a unity referendum, as provided for under the terms of the Good Friday Agreement (GFA), and Irish unity is one of the most dominant conversations. It is resonating across the Irish diaspora like never before and has seized the attention of the international community.

These are dramatic and exciting times.

The end of partition and development of a new, agreed, constitutional national democracy has become fixed on the political horizon.

It was never meant to be this way. The unionist and British architects of partition had planned that the northern state would remain frozen in time, as ‘a Protestant state for Protestant people’.

The unionist elite was intended to dominate government and society into perpetuity.

Structural inequality and institutionalised sectarianism were the policy of both the British government and old unionist regime in Stormont.

The Irish national identity was criminalised and oppressed.

The dominance of one tradition over another was normalised and became synonymous with the institutions and politics of the north.

The consequence was an apartheid state and segregated society, held together by a sectarian ideology which perpetuated communal fear and division. But its long-term existence was unsustainable.

The inherent contradictions of the unionist state eventually gave way to an unstoppable force for democratic transformation.

During the 1990s, the British government and unionist political leaders of that era gradually engaged with the new reality, which had been directly shaped by the IRA’s unilateral ceasefire in 1994.

Subsequently the GFA of 1998 created a fresh political dispensation built upon the principles of equality, respect and parity of esteem.

The Agreement established a framework of rules to manage disagreement and continued democratic transformation.

It also acknowledged the transient nature of the prevailing constitutional arrangements. And, that is why the right to self-determination, via future concurrent unity referendums, was negotiated into its provisions. 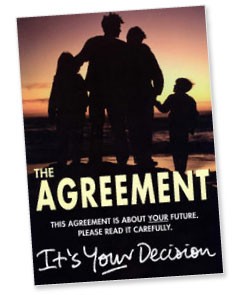 Since then, politics and society in the north have continued to evolve and change.

Today the north of Ireland is a fundamentally different place from 20 or indeed 100 years ago.

Even though significant sections of unionist society remain opposed to equality and seek to block progressive change, marriage equality has been secured, and official recognition for the Irish language is imminent.

The democratic institutions of the state reflect the equally legitimate allegiances and aspirations of the citizens represented in the regional Assembly.

Of course, more progress needs made on policing, women’s health rights, economic and social equality, and a bill of rights, but the balance of power has shifted decisively to reflect the diversity of society and demographics.

The unionist political majority was ended in 2017 and irreversible change is accelerating.

An electoral earthquake was caused on 5 May; made manifest with a female, Irish republican First Minister designate for All.

The northern state was designed to prevent such an outcome ever happening.

Last week, another earthquake occurred with the publication of the census for the north. The results make any remaining pretence for partition increasingly thread bare.

The report confirmed the surge in demographic changes over the last 20 years.

It recorded a significant increase in citizens identifying as Irish, and a decrease among those of a British identity. The numbers of those with fluency and competence in the Irish language has also grown.

Society in the north is more diverse and changing. It is no longer synonymous with the unionist majority which partition attempted to engineer.

The census results have injected a new dynamic into the 'Pandora’s Box' opened by the reckless Brexit agenda pursued by the British Tory government.

That policy has had a profound impact upon political and social attitudes in the north and on relations between Britain and Ireland, Europe, and the rest of the world.

The fallout from Brexit, and the deceit and willful disrespect for international laws, by the British government has moved the conversation about constitutional change in Ireland to the centre stage.

More citizens and sections of society are now looking towards Irish unity as the best way to achieve political stability; economic certainty and prosperity; and access to a modern, outward looking society.

The big take away from the census results is that unprecedented societal and demographic change is occurring in the north, at the same time as unprecedented political change throughout Ireland.

All of these dynamics are now coming together.

Next year is the 25th anniversary of the GFA.

The US administration is now more intensively politically and diplomatically engaged with our political process than in 20 years.

Across Europe, there is recognition that Brexit has created massive economic disruption and unwelcome political challenges for the Single Market and the EU itself. European leaders agree that society and businesses in the north must not become collateral damage to the irresponsible actions of the Tory government.

It is also not without significance that a new King has been installed as head of state in Britain.

Even the British political establishment is not a monolith.

Partition has been an abject failure.

The old unionist regime was a travesty; and British direct rule from 1972-1998 was a disaster. The current political instability and stasis is untenable.

Power sharing, parity of esteem, equality, and acceptance of the Assembly election results are being denied by today’s leaders of political unionism in the DUP, because they cling to an era which has now been eclipsed by new political and social realities.

It is against this context that a carefully planned and phased transition towards a united Ireland should be immediately commenced. 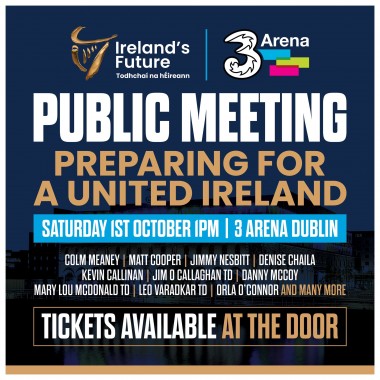 The ‘Together We Can’ event being organised by the Ireland’s Future group on Saturday 1 October in Dublin will bring together an unprecedented cross section of Irish political and civic representatives from all over Ireland and the diaspora, with an anticipated audience of thousands to discuss preparations for a united Ireland.

Ten of the main political parties on the island, and five party leaders, including Leo Varadkar and Mary Lou McDonald, with the exception of Alliance and the unionist parties in the north, will all be participating.

This kind of event has never taken place before. It will be a landmark opportunity to broaden the conversation about how to manage the change which is happening.

Separately, Sinn Féin has launched its ‘Commission on the Future of Ireland’ as a key initiative to promote popular grass roots participation in debating Irish unity through a series of People’s Assemblies. The first of these will convene in Belfast’s Waterfront on 12 October; followed by the next in Letterkenny at the end of November.

There is now an irresistible case for the Irish government to establish a Citizen’s Assembly on constitutional change.

Its failure thus far to do so is wrong, and indefensible.

The Irish government should do the right thing and establish this Citizen’s Assembly without further delay. It would serve as an important process to prepare the ground before setting a date for concurrent referenda on Irish unity.

Opinion polls, elections results and the census report all point towards the change now happening in plain sight.

The Irish peace process came about, and is now irreversible, as a result of inclusive dialogue and careful planning. It happened with the assistance of the Irish diaspora, and international stakeholders from the USA and Canada, Europe, and as far away as South Africa.

That template is just as relevant today.

After 25 years of momentous changes, a new historic Rubicon is being transcended.

The moment has now arrived to prepare the transition to the next phase of the peace process, and to begin planning for self-determination, constitutional change, reunification, and national reconciliation.