The future we want for our children 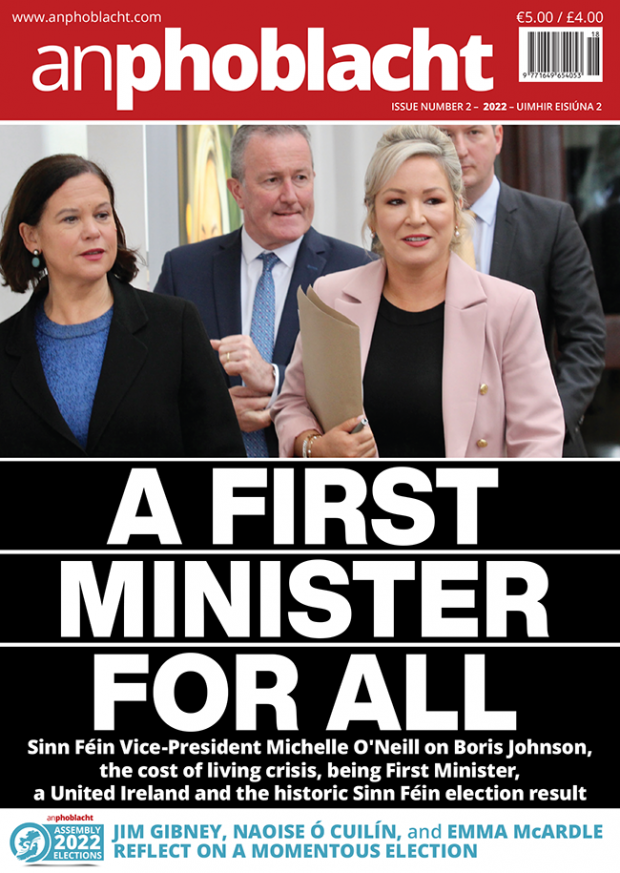 The scale of Sinn Féin’s achievement in the Assembly election cannot be underestimated. In the decades since the election of Bobby Sands in Fermanagh South Tyrone in April 1981, the party has consistently grown its support across the island. No other political party in Ireland has had this scale of continued electoral success.

No other party has also had to face the challenges put in the way of Sinn Féin. The party has grown support in a political environment where many wanted it to fail, where electoral systems were unfair and the institutions they were being elected to were lacking in equality. No other party on the island has seen its members harassed, attacked, and murdered on the scale endured by Sinn Féin.

Now Sinn Féin has a mandate to lead the Assembly’s Executive and a cross-section of other parties have a mandate to select ministerial portfolios and get on with the job of governing. They are being denied their democratic mandate by the actions of the DUP, enabled and encouraged by Boris Johnson’s Conservative Party government.

Another article in this edition gives a historical perspective to the politics of 2022. It is Micheál Mac Donncha’s piece on the skewed and flawed 1922 Dáil election and the beginnings of Civil War in Ireland a century ago.

Then, a fledgling government in Dublin buckled too easily under British pressure and threats. They allowed a unionist anti-democratic hegemony arise in the Six Counties, with a violent growing denial of human rights for the abandoned northern nationalist population.

Michelle O’Neill also spoke passionately of her experience on the election canvass and how people told her that, “For me, this is about the future, what I would want for my children, and my grandchildren”.

Since the election, the British Government have sought to deny the mandate created by hundreds of thousands of voters who cast a ballot for a functioning powersharing Executive which would tackle the cost of living crisis, and act on issues to deal with health, education and housing. They are actively stalling an assembly where the majority of MLAs support the EU protocol.

Voters must have the future they clearly cast a ballot for.