The tragedy of Michael Collins 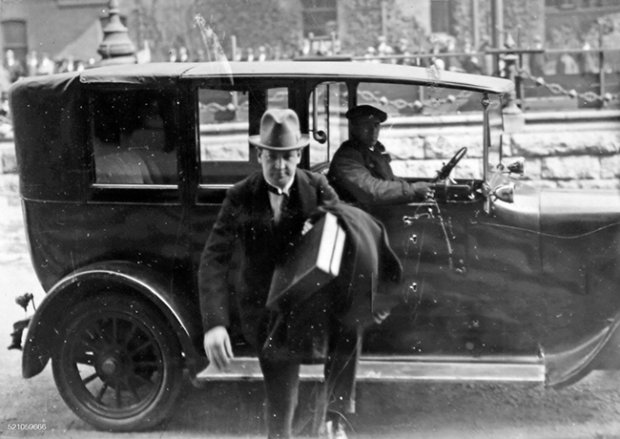 We are seeing a deluge of media coverage on the centenary of the death of Michael Collins. This is natural for such a towering figure in our history. It is unfortunate, though, that so much that is said and written about the Treaty and the Civil War is dominated by the figures of Collins and Dev, often to the exclusion of other key figures and usually glossing over the political issues involved.

The simplistic portrayal of Collins as the honest soldier deceived into the Treaty negotiations by the wily politician Dev has taken hold, largely because of Neil Jordan’s very influential film. That film has had more impact on public consciousness than a hundred academic studies.

Readers of this column will be aware that the situation was far more complex than a battle of wits between these two leaders. The issues were far bigger than the personalities. The test of the time was for the collective leadership of a movement that had fought the British Empire to a standstill and to the negotiating table. Tragically, that leadership was found wanting and their division was exploited by the British Empire which won by deception, inducements and threats what it had failed to win by outright terrorism against the Irish people.

Collins was a huge asset to the Irish struggle, his talents and leadership undoubtedly playing a crucial role. He brought to the independence movement the fiery commitment of his family’s Fenian background in West Cork. That IRB inheritance brought also the double-edged sword of secrecy and conspiracy, often necessary in the military struggle but lethal in open democratic politics.

Collins used his time as a civil servant in London to observe at close quarters the workings of the British imperial system and to develop his organisational and administrative skills. He returned to Ireland and took part in the 1916 Rising where he served as aide-de-camp to Provisional Government member Joseph Plunkett. He was in the evacuation from the GPO and the occupation of Moore Street prior to the surrender.

As is well known, he was determined to resume the fight but not on the basis of the conventional open warfare of Easter Week with the Irish facing overwhelming British forces in pitched battles. He was not the only one to see the need for guerrilla warfare; the internment camp at Frongoch in Wales gave those locked up after the Rising, including Collins, ample opportunity to prepare for the next phase of the struggle.

Talented people like Collins emerged to lead in 1917 and 1918. But it is not recalled often enough that the British executions of 1916 had removed the best of the leadership - the writers of the Proclamation, the most experienced revolutionaries, the leaders of thought and action. The loss to a movement of such leaders as PH Pearse and James Connolly, to name but the two most outstanding, is incalculable. That loss could never be outweighed by the rallying power of their status as martyrs of freedom.

So Collins and the new leadership had a huge gap to fill. They filled it very well and less than two years after the crushing of the Easter Rising they were leading a mass movement that successfully resisted the British attempt to impose Conscription. At the same time Collins was using the IRB network in the Irish Volunteers to prepare for an intelligence war against the British, including executing key officers of the Dublin Castle regime, beginning in 1919. The IRA was built up on that new spirit of resistance epitomised by Collins’s intelligence war and his taking on of the Castle regime on the streets of Dublin, and on the guerrilla tactics pioneered in key areas of the country and growing increasingly effective. 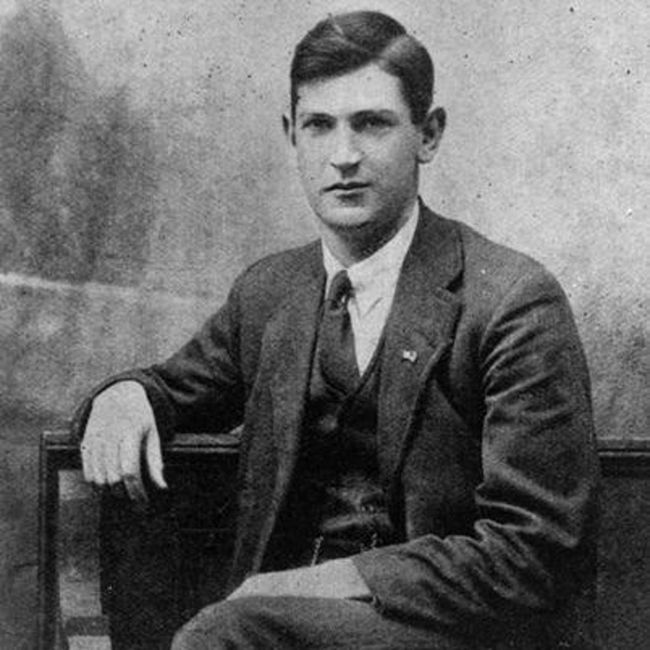 The First Dáil Éireann’s Declaration of Independence and Democratic Programme were adopted without open dissent. But they were never developed or promoted, with many IRA Volunteers, Sinn Féin members and supporters taking them as read and believing the leadership was fully committed to them, while others simply disregarded them. Collins focussed on the development of the military struggle and on the organisation and administration needed to fund the underground Dáil Éireann. There was no talk of what the strategy would be when the fighting ended or how the Democratic Programme could be developed in a new Ireland.

When the July 1921 Truce came the leadership hastily worked out negotiating positions. It was only when negotiations began in earnest in London that political and personal divisions in the leadership emerged in a way that had profound consequences. Cabinet members Cathal Brugha and Austin Stack and Irish delegation Secretary Erskine Childers took the Declaration of Independence at its word. Arthur Griffith, never a Republican while serving as a Minister of the Republic, was prepared to jettison the Republic and accept the Crown, an ‘internal settlement’ within the British Empire. De Valera tried to balance these views; Collins, believed by many to be a Republican ‘hard-liner’, played his cards close to his chest.

Regardless of all the arguments about whether Dev should have led the delegation, or were they given an impossible task or a ‘fool’s errand’, the fact remains that they had written instructions. There was constant correspondence between the Cabinet in Dublin and the delegation in London and meetings when the delegation or members of it returned at regular intervals. The decision by Griffith and Collins to sign the Treaty, under threat of immediate and terrible war, was taken in the knowledge that they should have referred it back to Dublin as per instructions and that the Cabinet would be sharply divided on it. They failed in their responsibility as part of a collective leadership.

It seems that Collins believed his personal prestige and his widespread influence as head of the IRB would ‘carry’ the Treaty. He believed it could be used - in a conspiratorial manner as he later showed - to win full freedom. Griffith fully embraced the Treaty and was zealous in its full implementation, leading to a division with Collins. 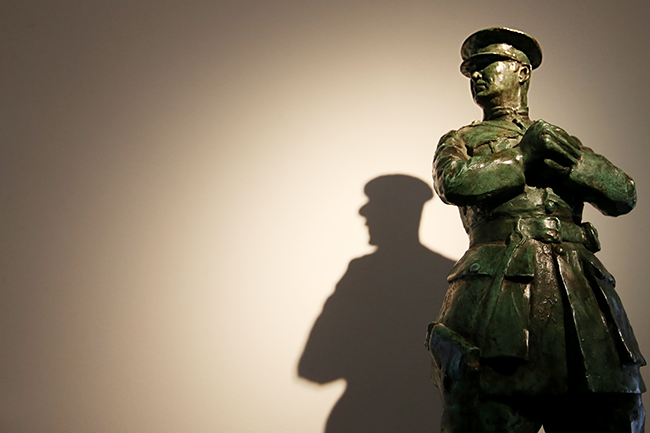 The tragedy of Michael Collins was not that he had signed his death warrant on 6 December but that he had walked into the trap set by the British while thinking he was deceiving them.

Collins did not see that the Treaty and the Free State provided a route to power for those who had shunned or else given very limited support to the independence struggle and who feared its radical content and even more radical potential. As Liam Mellows later wrote, the so-called ‘stake in the country’ people - the big farmers, big business, most of the newspaper owners, the Catholic hierarchy - were never with the Republic. When the Treaty was signed they rushed to stampede the people towards the Free State. At the same time the British Imperialists backed Unionism to the hilt in consolidating the Orange state, Britain’s solid strategic foothold in Ireland.

Michael Collins reckoned without the common interest of these forces and he was caught between them. His conspiratorial secret co-operation with the anti-Treaty IRA to undermine the Orange state failed due to British military support for that State and lack of support for him from his Free State government colleagues, Griffith in particular.

The British soon snapped shut the door of the trap. Collins faced the choice of reuniting with his former IRA comrades in meeting the threatened British resumption of the war, or attacking the IRA in the Four Courts. He chose the latter course, impelled by the forces which had taken hold of the Free State. Collins may well have believed that the war could be limited to Dublin, given the previous divisions within anti-Treaty IRA ranks. But these had largely been healed and the war spread across the country.

What Griffith disregarded and what Collins underestimated was the extent to which thousands of rank and file IRA Volunteers, Cumann na mBan women and Sinn Féin members would remain true to their oath to the Irish Republic and, in opposing the Treaty, would be prepared to defend it with their lives. That too was the tragedy of Michael Collins. 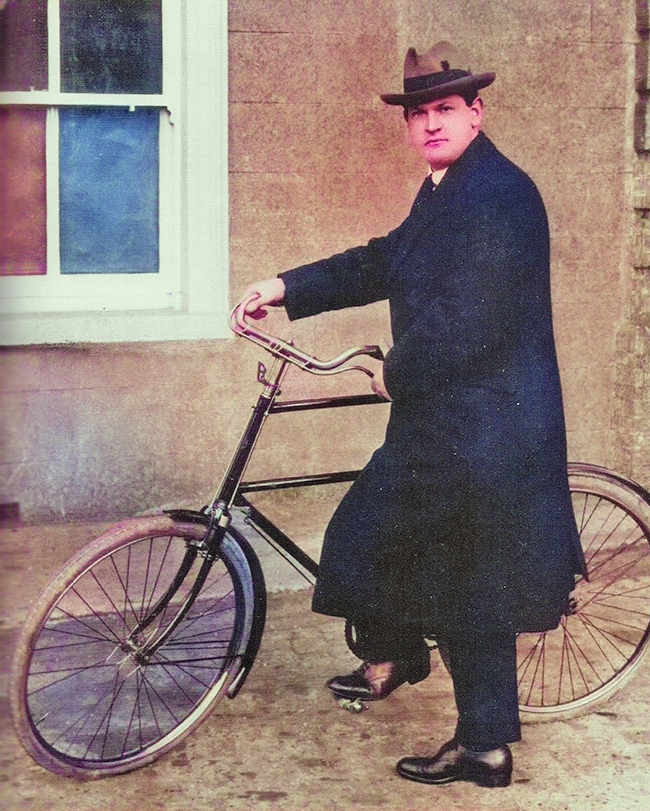 And what of the death of Collins, 100 years ago at Béal na mBláth, 22 August 1922? Many theories have been advanced challenging the ‘official version’ that it was one of the IRA ambushers that fired the fatal shot. A whole series of articles could be written on it as fascinating evidence and insights are assembled anew, notably in recent times by Paddy Cullivan. But that is not the purpose of this article.

We may never know the full truth of what happened on that day, although all relevant evidence should be made available. What we certainly will never know is what Collins would have done had he lived. There is evidence that he was exploring the possibility of peace. After his death the Free Staters acted with a renewed ferocity against Republicans that many believe Collins would not have countenanced. It began even while his body was lying in state in City Hall on 26 August, when three young unarmed Republicans (Alf Colley, Seán Cole and Bernard Daly) were abducted and executed on the outskirts of the city.

One of the best known articles ever written in this paper was by our late editor Mick Timothy and included in Danny Morrison’s recent book ‘Free Statism and the Good Old IRA’. It exposes the hypocrisy of those who laud Michael Collins and the IRA of 1920 as heroes and patriots but damn the IRA of 1970 as criminals and terrorists. No doubt we will hear that again at Béal na mBláth from Mícheál Martin and Leo Varadkar this weekend.

Such assertions rang hollow in the ‘70s and they do so even more in 2022. Historical perspective shows that British state violence, whether in Ireland under the British Empire in 1920 or in the Six Counties under British rule in 1970, bred armed resistance as inevitably as night followed day. The war in both eras was terrible and many innocent people suffered. But the root cause was the same. Thankfully today a peaceful and democratic way to remove that root cause - British government jurisdiction and the Partition of Ireland - has been painstakingly developed and is being pursued with determination.

Republicans believe that Michael Collins made a disastrous choice in backing the Treaty but most accept that, unlike many of his Free State colleagues, he believed in achieving Irish Unity and the ultimate freedom for which he had fought. So let no-one purport to celebrate Michael Collins this weekend while ignoring the need to complete the work of his generation of freedom fighters - the complete independence and unity of Ireland as a Republic.