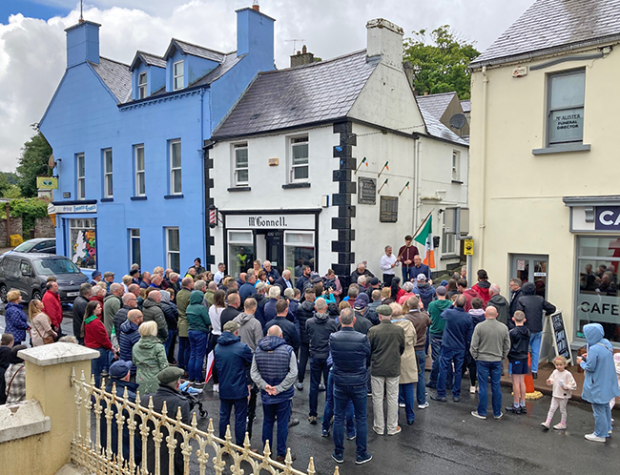 A large crowd gathered in the village of Cushendall, in the heart of the Antrim Glens to mark the centenary of the murder of three unarmed IRA volunteers by the forces of the Unionist state. 100 years ago on the 23rd June 1922 18-year-old James McAllister, 22-year-old John Gore and 30-year-old John Hill were gunned down in the middle of Cushendall village.

The previous May 1921 saw the Government of Ireland Act coming into force establishing the sectarian northern state, contrary to the democratically expressed will of the Irish people at the preceding General Election which returned a resounding victory for Sinn Féin and the Irish Republic. The new Six-County political system was designed to override democracy supplanting it with a permanent unionist majority.

In the three months that followed the establishment of the Unionist state the numbers of volunteers in the Antrim Brigade, covering north Antrim and the Glens, doubled. This was indicative of the opposition to partition from the people of the Antrim Glens. Although surrounded by hostile unionist areas, the IRA in the Glens set out to resist partition and the sectarian unionist regime.

It carried out a number of operations in May of 1922 which included attacks on Barracks in Martinstown, Ballycastle and in Cushendall. In response crown forces poured into the Glens of Antrim from surrounding areas which made it incredibly difficult and dangerous for those opposed to the unionist state. 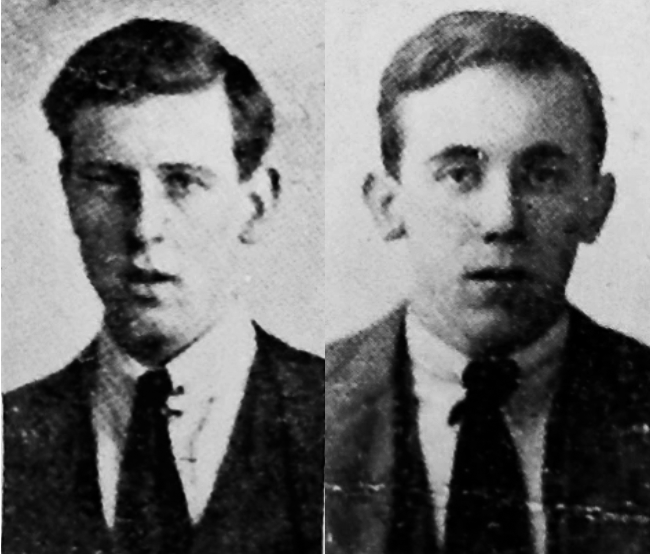 On 24 May, two IRA volunteers of C-Company at the end of a reconnaissance operation in Glenariffe, a village just a mile from Cushendall, were come upon by a B-Special patrol. A firefight ensued and Patrick McVeigh and Charles McAllister were surrounded and brutally killed. It was four weeks later that the three men were killed in the village of Cushendall on Friday 23rd June 1922.

As well as an attempt to suppress the nationalist community in the Glens it is now accepted that the murders were a retaliation for the assassination in London the previous day of Sir Henry Wilson. All three men while volunteers in B and C companies of the 3rd Northern Division were unarmed and not actively operating at the time.

James McAllister was arrested in Glenariffe and brought into Cushendall, where he was taken from the military tender and shot in a laneway. John Gore was in a local shop by the laneway and stood up with his hands in the air when approached and was immediately shot dead.

John Hill in the same building was pushed out the door onto the laneway told to say his prayers and shot in the yard where young James McAllister lay dead. Three men murdered by the forces of the fledgling unionist state.

The British state’s version was that the military and Specials were ambushed in the village and returned fire killing three and wounded two others. 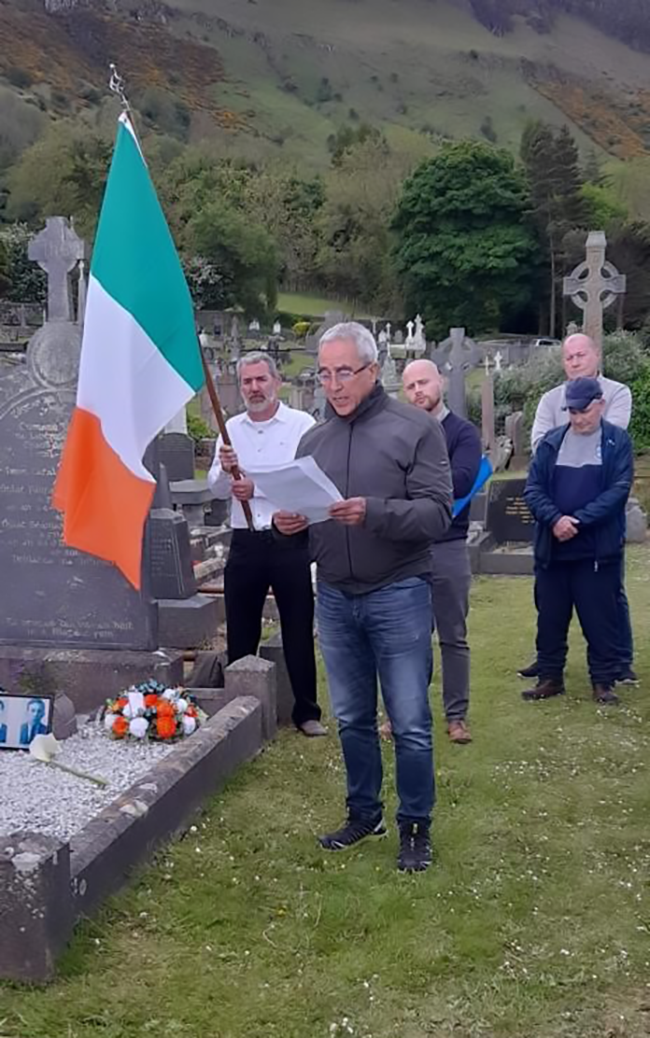 However, a special representative of the Irish Independent at the time said that there was not a ‘scintilla of truth’ in the official account. There was no ambush, not one single shot was fired at any of the crown forces’ and the men were killed without provocation.

In 1923, the British Government put the entire case under the Official Secrets Act for 50 years, and then in 1973 a further 25 years. This left two generations of the families not knowing the full details of what exactly happened that night.

Days after the murders in Cushendall the Civil War broke out in Dublin. Sadly the country remained partitioned and with devastating consequences for the nationalist community in the north for the remainder of the 20th century.

However, Pat Sheehan, Sinn Féin MLA and Former Hunger Striker who gave the oration at the commemoration, said, “We should not forget the significance of the events 100 years ago in the Glens of Antrim.

“The three men killed in Cushendall and all their comrades 100 years ago opposed the undemocratic, unjust, and sectarian partitioning of our country and committed themselves to the achievement of the Irish Republic.

“100 years later and people today from all backgrounds are contemplating their future and more and more they are recognising the real potential of an independent and united Ireland for all of us.”