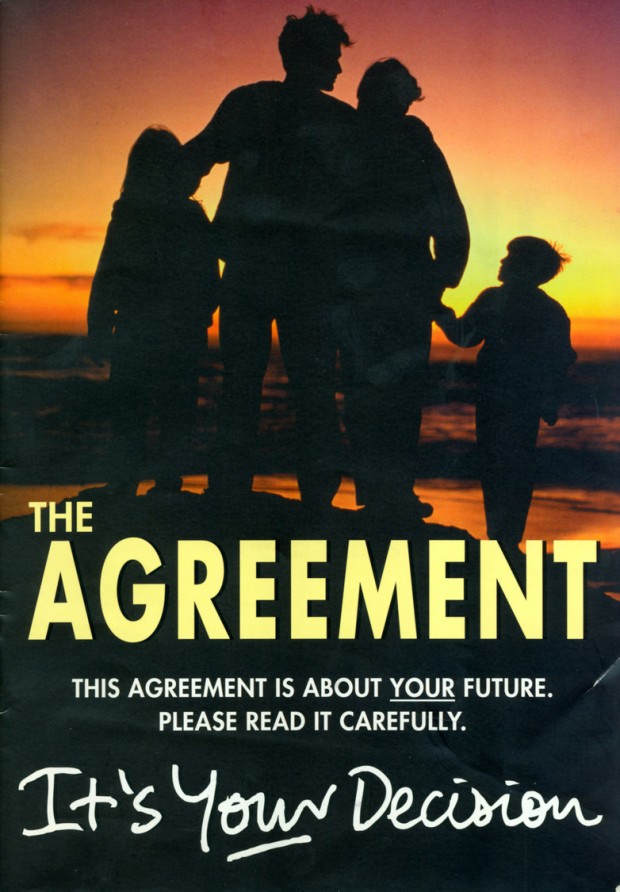 The political landscape has changed irreversibly. The momentum for positive, progressive change is unstoppable. We have arrived at a new historic moment. It is time to begin planning for the next phase of the peace process, and preparing for a new, agreed Ireland.

There’s a saying that there are decades when little change happens, and then there are weeks when decades happen.

Ireland at this time has that feel about it. It’s now six weeks since the northern Assembly election when the political landscape changed dramatically once again.

Sinn Féin emerged as the largest political party. A female republican leader is the First Minister elect. Positive, progressive politics are in the ascendancy. 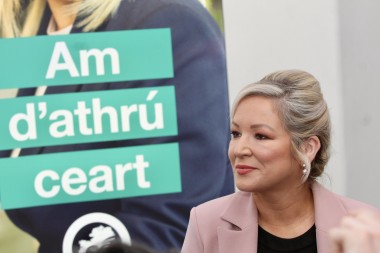 None of this was ever meant to happen in the north of Ireland. The partition of Ireland 101 years ago was designed to prevent such an outcome.

The election results reaffirmed the loss of political unionism’s electoral majority in 2017.

Nine days after the election, the latest B&A/Sunday Times opinion poll recorded 36% popular support for Sinn Féin in the south of Ireland; an increase of 4% since the previous survey.

At the same time inflation levels and cost-of-living pressures have continued to sky rocket.

The cost-of-living crisis deepens on a daily basis.

The draft three-year budget, with a planned £1 billion uplift for the health and social system in the north remains stalled.

Over £430 million immediately available to tackle the cost-of-living pressures is frozen in a bank account because the DUP is vetoing the restoration of the northern power sharing Executive which it collapsed last February.

The DUP position is reckless and irresponsible. But it is also deeply damaging to power sharing and the political process.

That may well be the intention.

There is no evidence that the DUP is committed to proper power sharing, unless it is on DUP terms.

In the meantime, this present Tory government in London acted last week to unilaterally break international law, by effectively tearing up the Protocol and, by extension, Britain’s Withdrawal Agreement with the EU.

The Tories are giving cover to the DUP for running the power sharing institutions into the ground in the north; and the DUP’s stance provides cover for the Tories in its ‘cold war’ stand-off with Europe.

Both opportunistically blame the existence of the Protocol to justify their mutually destructive behaviour.

Since early 2021, the DUP has conflated the Protocol with a threat to unionists’ constitutional and political identity.

The Tories have malevolently inflamed that idea, and also spun the lie that the Protocol is an economic disaster.

The combined false rhetoric, lies and spinning is a mirror reflection of the fake news and ‘Project Fear’ agenda associated with the Brexit Referendum in 2016.

Just like Brexit, the Protocol has become a proxy for the ongoing ideological civil war within the Tory party, and the as yet undeclared leadership heave against Boris Johnson. Now, as then, the anti-EU, right wing faction of Tories is in the driving seat. The focus of all sides is on the forthcoming by-elections in England, and the timing of the next British General Election.

The DUP has separately weaponised the Protocol to try and stop its political power and dominance from continuing to ebb away. 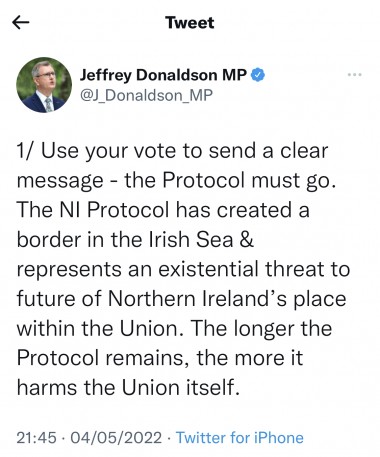 It is also quite possible the DUP has already decided to force another Assembly election in order to try and reverse the result of the last election in May.

Another toxic alliance of convenience has been re-established between the Tories and DUP. But that too will end up in another mess.

The Tories will eventually throw the DUP back under the bus: It is only a matter of time.

But, more alarmingly, when all of these factors are put together, it is undeniable the Good Friday Agreement (GFA) is under an unprecedented and sustained attack.

The DUP, with the support of the Tories, is not only vetoing the strand one, power sharing institutions of the GFA, it has already been blocking the strand two, North-South Ministerial Council from working since October 2021.

The latest Tory proposal to derogate from the European Convention of Human Rights (ECHR) within its jurisdiction, would dismantle the core rights framework of the GFA.

The British government has already moved to rip up the Stormont House Agreement (2014) on dealing with the past, by unilaterally introducing its own amnesty legislation to protect its own military veterans from prosecution during the conflict in Ireland. This is another breach of international law.

None of this is arbitrary or incidental. An insidious agenda is being played out by stealth and in plain sight.

The DUP and Tories are using a wrecking ball against the political and legislative foundations of the GFA. They are attempting to hollow out the fundamental, underpinning principles of the peace settlement in Ireland.

Since 2016, the imposition of Brexit, the onset of the global pandemic, and now the Protocol impasse have all brought the discussion on Irish Unity centre stage.

Constitutional change is now fixed on the political horizon in Ireland.

The Tories have seriously undermined intergovernmental relations with the administrations in Scotland, Wales and the north of Ireland.

The Scottish National Party government has publicly committed itself to a new independence referendum in the Spring/Summer of 2023.

Relations between the governments in London and Dublin have never been worse.

Support for Sinn Féin in the south of Ireland is at an all-time high, and growing, according to successive opinion polls since 2021.

It is now obvious that something profoundly significant is happening in Ireland.

That is not lost on the international community, which is becoming increasingly engaged with the unfolding political and economic situation in Ireland.

The discussion about the prospect of Irish unity is growing in momentum and the mechanism exists to peacefully and democratically bring it about.

The provision to enable a referendum on Irish national self-determination was enshrined within the GFA in 1998.

Perhaps some thought back then that the circumstances would never materialise to invoke that right.

However, Brexit changed everything.

There is now a democratic gravity pull towards the imperative of constitutional change in Ireland.

The political momentum for Irish reunification both north and south is increasingly associated with re-entry to the EU.

Irish unity is being recognised as a means to continue modernising society and ensuring that all citizens in Ireland access the benefits of a democracy built upon social progress and pluralism.

The GFA provides the pathway to bring that about; conferred with the status of an international treaty lodged in the United Nations.

The potential for positive constitutional change has energised the DUP and Tory government push back against the Protocol, and their anti-democratic assault against the GFA.

The objective is to derail the momentum for constitutional change.

Make no mistake; this is the deepest political crisis since the GFA was endorsed by the people of Ireland. 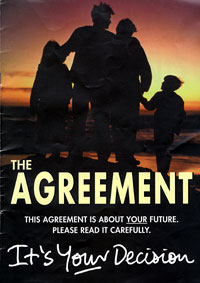 The gravity of the unfolding situation should not be underestimated.

The foundations and primacy of international law and treaties are being fundamentally challenged and undermined.

The Tories and the DUP have repeatedly shown that they respect neither.

They have put themselves beyond the pale in terms of respect for all recognised international conventions.

In the absence of managed change and transition, negative political vacuums inevitably develop.

This is the trajectory which the British government and DUP seem intent to be setting. Left unchecked, it is a course which will destroy power sharing.

That is unacceptable and must be opposed by all strands of democratic opinion in Ireland and internationally.

But this much is absolutely clear: The days of the DUP and unionist extremists dictating the terms of democracy, power sharing, or implementation of the GFA are long finished.

Previously unimaginable opportunities are emerging in Ireland. Momentous change with the scale and significance of decades has been happening.

The political landscape has changed irreversibly.

The momentum for positive, progressive change is unstoppable.

We have arrived at a new historic moment. It is time to begin planning for the next phase of the peace process, and preparing for a new, agreed Ireland.